While most of our country is still in the iron grip of Old Man Winter’s clutch and everyone is bemoaning the extreme cold and excessive snow, I begrudgingly tried to enjoy a little bit of winter today. In an old issue of Country Living magazine I found a recipe for maple syrup taffy. It was a lot of syrup and I thought it might be on the sickening sweet side instead of the pleasingly sweet side. So I added my own little twist and turned it into a Maple Snow Recipe. 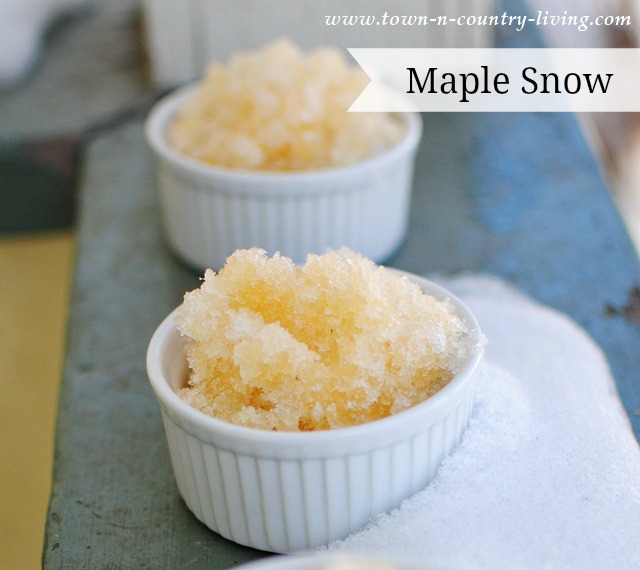 I was so happy and pleasantly surprised with the way this snowy dessert turned out! 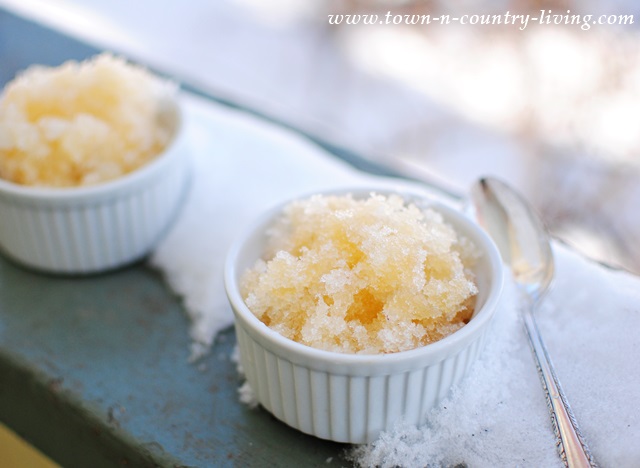 As a dessert, it was light with just the right amount of sweetness. 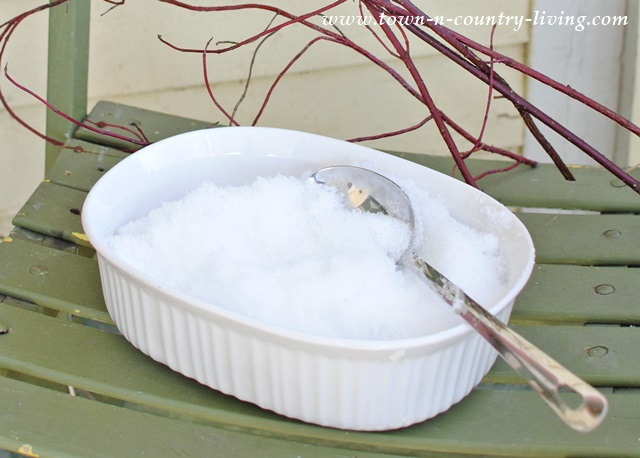 Basically you gather a batch of clean snow from an area that hasn’t been traveled by humans or animals.

If you’re making maple syrup taffy, you’ll pack the snow down. But for maple snow, don’t pack it. 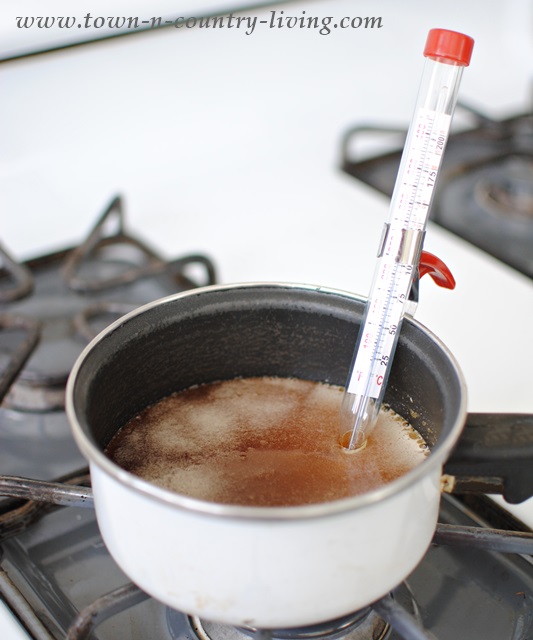 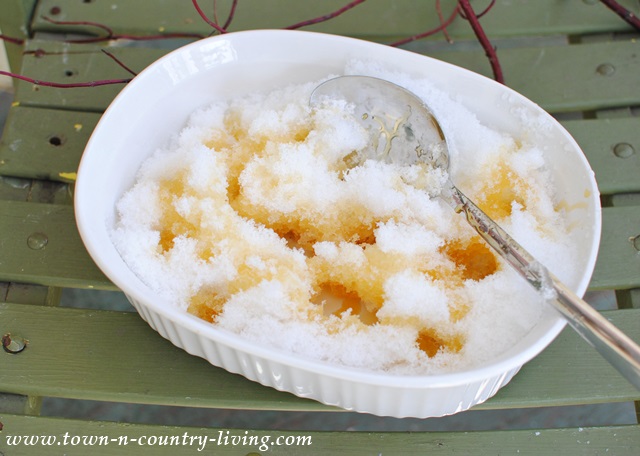 Immediately pour the syrup over the snow. The syrup is thin since it’s been heated.

It will run through the snow quickly. You can stir it up to mix it throughout the snow.

If you were making taffy and packed the snow, the syrup would pool up on top, get chewy, and then get hard. 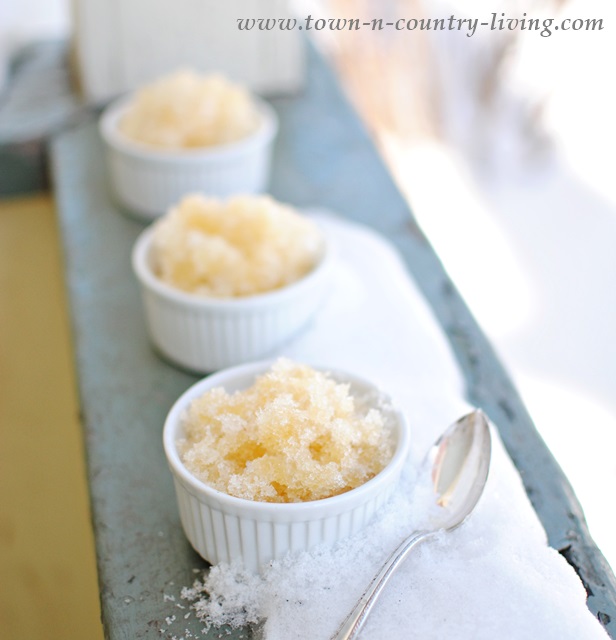 This Maple Snow Recipe is like eating a light and fluffy snow cone.

Not everyone likes eating snow, but I’ve always been a snow eater and haven’t died yet. 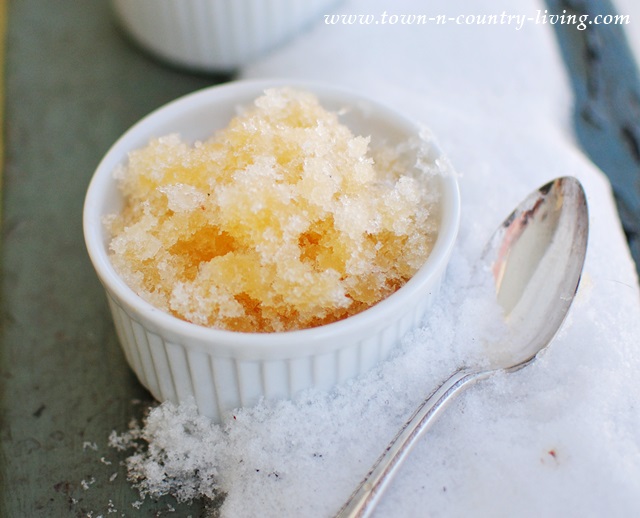 This is a great activity to do with kids on their next snow day off from school.

My grand babies will be here next weekend and I plan to make this Maple Snow Recipe with them.