Each year I like to grow a new vegetable in the garden and this year I chose spaghetti squash. Not only is this squash new to my garden, but it’s also new to my taste buds. Can you believe I’ve never eaten it before? My mother has a very limited palate so growing up as a kid there were many foods that never graced our dining table; like asparagus (now my fave veggie), broccoli, brussel sprouts, butternut squash, leeks, mushrooms (unless they were in Campbell’s soup that was used in a recipe), cauliflower, eggplant, and more. None of these made the cut.

The veggies my mother served consisted primarily of carrots, potatoes, green beans, corn, and the occasional canned peas. That’s pretty much it. So now as an adult, I feel like I’ve joined some new food festival with all these wonderful flavors I’ve been missing for years! So just this past week I made and ate spaghetti squash for the first time in my life! The full spaghetti squash recipe is listed at the end of this post. 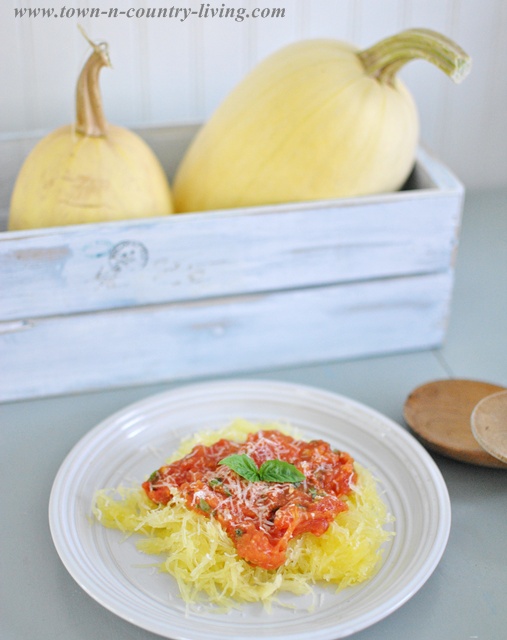 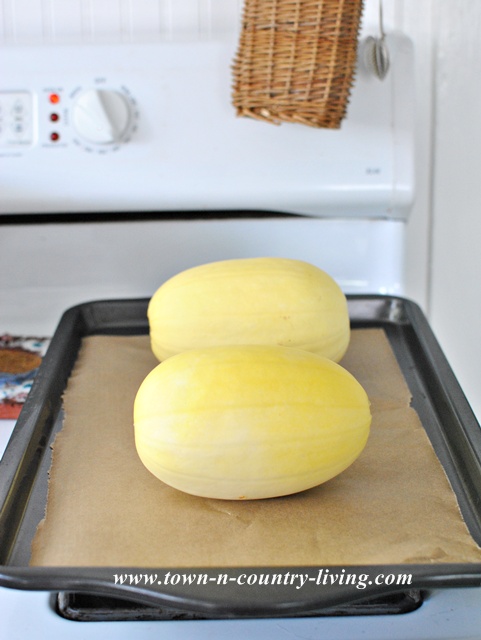 Put your spaghetti squash on a shallow baking pan and pierce it a few times with a knife to allow steam to escape during cooking. I put the squash on top of parchment paper in case any juice oozed out. Bake at 375 degrees for about an hour. While my squash was cooking, I proceeded to make the tomato basil sauce. 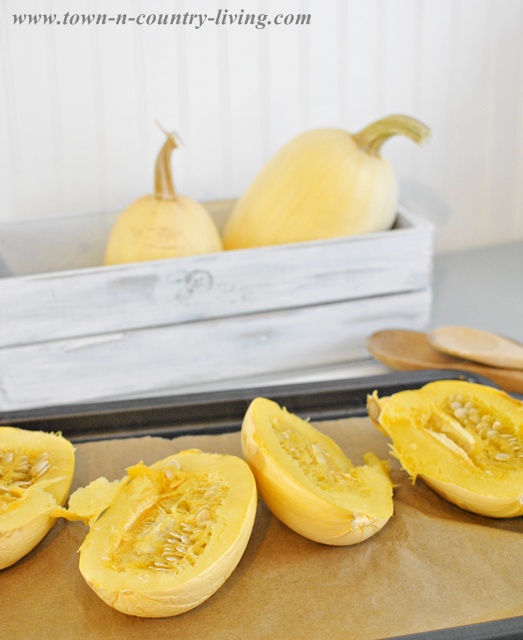 After the squash cools a bit, cut it in half and scoop out the seeds, just like you do with a pumpkin. 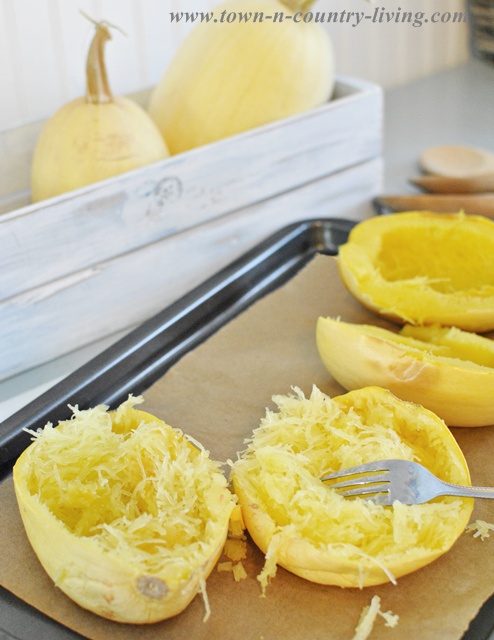 Once the seeds are scooped out, shred the “meat” of the squash into long strands, resembling pasta.

Put the shredded spaghetti squash onto a plate and season with a little salt, pepper, and butter. You could eat it as is, but I had some tomatoes from the garden that I needed to use before they spoiled and I didn’t have time to can them. 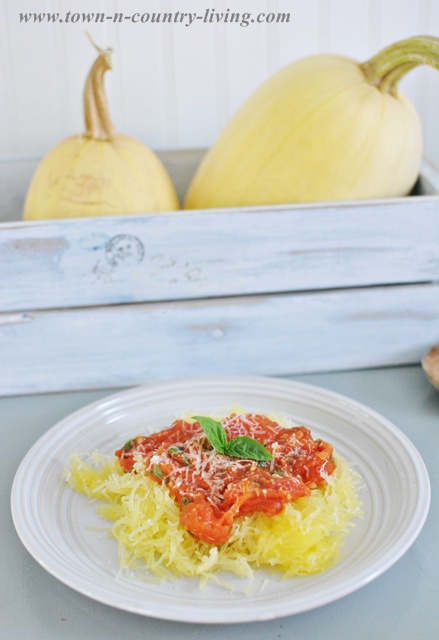 Sprinkle with grated Parmesan-Reggiano cheese and enjoy! I wasn’t sure how the flavor of the squash would pair with the tomato basil sauce but it was quite good. Spaghetti squash has a very mild flavor making it a great substitute for pasta if you need to watch your calories and carbohydrate intake.

Wash squash and place on a shallow baking pan. Pierce it several times with a fork or knife to allow steam to escape. Cook at 375 degrees for approximately one hour. While squash is baking, you can make your sauce.  When squash has finished baking, remove from oven and allow to cool for several minutes. Cut squash in half lenthwise and remove seeds. Then shred the pulp into strands using a fork and scraping the meat out. Season with salt and pepper to taste and add a small bit of butter, if desired. Top with the Tomato Basil Sauce and sprinkle with 1 to 2 tablespoons of grated Parmesan or Parmesan-Reggiano cheese.