Living with anxiety can feel like you’re lost in an unfamiliar abyss, especially if you’re not even aware that you’re suffering from anxiety. Such was the case for me. If you’re new to this story, last week I started a four-part series about my struggle with anxiety. Today is part two of the series – feeling like you’re alone in a dark abyss. 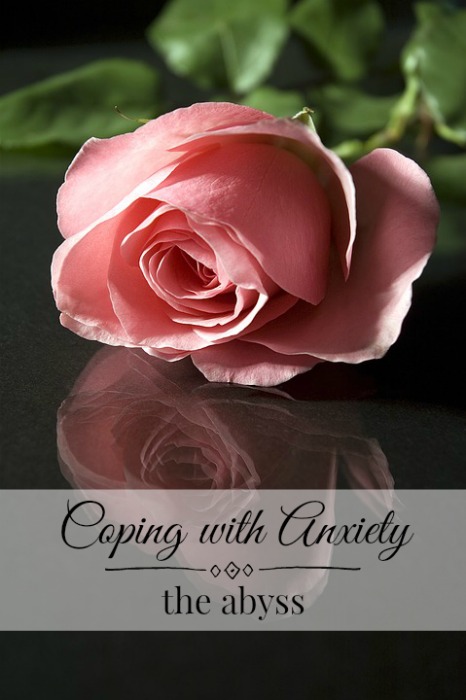 My journey started with a cold and wicked flu. I was told the nasty flu bug that invaded my body would last seven days, but unfortunately days languished into weeks. It was the strangest experience and the most sick I’ve ever been. I would have a bout of that internal heat for 12 or more hours, and then it would disappear. I’d start feeling better almost immediately, thinking it was gone for good, and then wham! I’d be right back in its grip. This pattern kept repeating itself.

The heat would flame up in my upper back and radiate through the rest of my body. Each time this happened, it drained the energy right from me. My legs felt weak and wobbly and my appetite all but disappeared. With no relief in sight, I once again called the doctor’s office and they prescribed prednisone (a steroid), hoping that would kick it out once and for all.

Ugh. The steroid made me more flushed and didn’t appear to help. A few days later I called the doctor back and asked if I could stop the prednisone altogether. The dosage was low enough to do so (it’s not a good idea to abruptly stop taking prednisone). Shortly after that, I went back into the office for testing. I’d heard that lymphoma can cause bouts of heat and worried maybe I had something far more serious than the flu. Luckily, I tested negative. The doctor also x-rayed my lungs – all was good there, too. He told me the virus was probably just being stubborn and to give it another week or so.

This pattern of heat/no heat went on for a couple more weeks. I wasn’t convinced this was just a flu bug. I was sure something was seriously wrong. The doctor ordered additional tests – autoimmune disease, thyroid issues, the list goes on. With each test I worried. I also wondered if I’d be one of those people that had some strange new disease. Every time I told a medical professional about the heat they’d say, “that’s weird.” Not what you want to hear when you don’t feel well. I made my husband promise that if I did have an undiscovered disease, they wouldn’t name it after me!

At this point I started praying a lot. I was raised in a Christian home and have been a Christian most of my life. My teenage years were rebellious however, and I remember telling my mother at that time that I couldn’t be a Christian anymore. But then I grew up and found God was still there waiting for me, even though I rejected Him time and time again. As an adult, life’s activities would get in the way and my faith often took a back seat. I was a single mom with a family to feed and needed to focus on work, cleaning the house, taking care of kids, and anything else that was there to distract me.

But now I found myself in a lonely and scary corner of the world. Life was going on without me. I was missing my family. I missed being around people at work. I couldn’t make any plans because I didn’t know how I would feel. Sometimes I’d try to make plans to see one of my children, only to have to cancel at the last minute. Is this how the rest of my life would be? Would I ever feel normal again? For that matter, would I ever feel joy again? 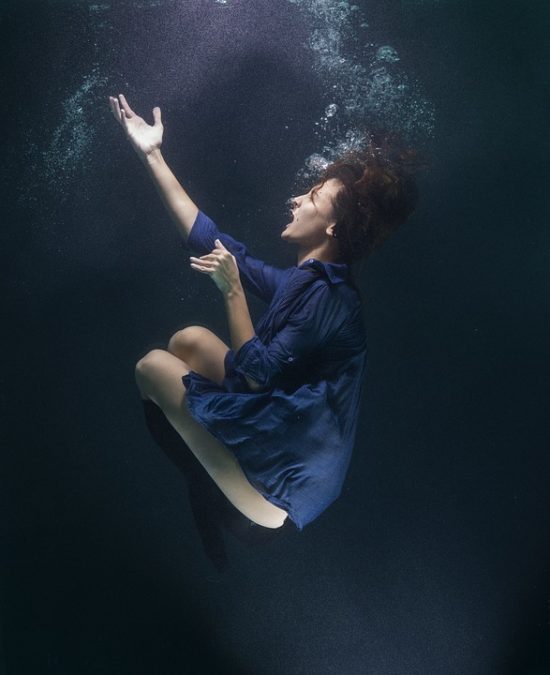 I was worried and scared. I wondered how people with really serious illnesses ever managed. I wondered if I would be one of them. I also thought about the apostle Paul and how he’d rejoice when he was imprisoned. I wanted to be like that! I wanted my faith to be strong enough that anything could happen and I would still praise God and His precious Son, Jesus. But I wasn’t physically strong and didn’t know how to find energy to be joyful in the Lord. I kept praying … and crying.

My doctor kept trying to tell me I probably just had heart burn. Heart burn? Seriously?? I know what heart burn feels like and this wasn’t anything like that. I tried telling him that it wasn’t heart burn but he started talking over me, not listening at all. He just told me to take Prilosec whenever the heat came back. I thought, “this guy thinks I’m just some kind of hypochondriac who’s imagining things.” Fed up, I left his office, and decided to get a second opinion.

I did a bit of research in hopes of finding a doctor who had a reputation for accurate diagnoses. I didn’t really care about his bedside manner. I just wanted someone to fix me. All my research was pointing to one doctor. Luckily he was accepting new patients. Before I went to see him, I wrote all my symptoms down, in the order in which they appeared, starting with that innocent cold. I didn’t want to forget anything and I wanted to make sure he understood the whole story. I also sent my recent test results to him. 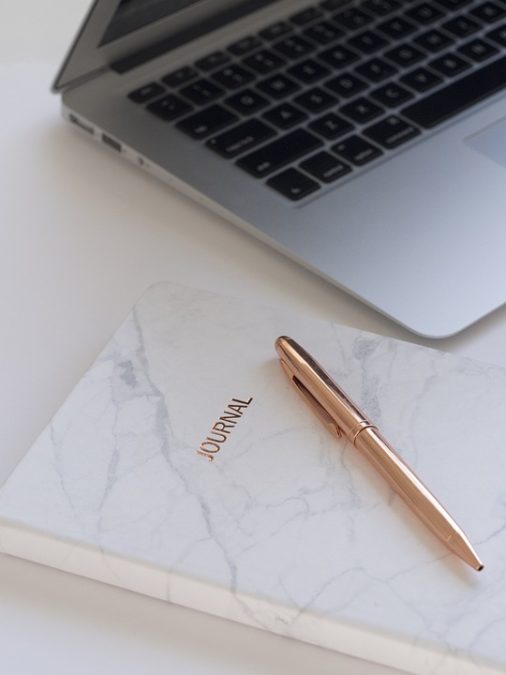 And so I went. I started feeling a bit of that heat on the way to his office. I wanted to turn around but the thought that God wanted me there made me resolute. Amazingly, the doctor listened attentively. He asked me a lot of questions and sat and thought about what I said. What a patient man! I also let him know I’m not a fan of medication and prefer a more natural approach to wellness. He told me since all these other issues had been ruled out through testing; my problem was likely neurological or psychological. He prescribed two more tests to rule a couple of other things out.

Since I was experiencing more and more good days, he told me to try and relax more. Eliminating stress from my life would also prove beneficial. He wanted to see me in another two weeks. The latest test results came back negative so that was good news. I still didn’t know what was really wrong with me, but I started to suspect it was anxiety. The doctor alluded to it. I just didn’t understand how anxiety could come so quickly, and how did the flu play into it all?

Although that incessant heat was gone more than it was with me, I had an underlying fear it could engulf me at any moment – just like it did before. The longest I went without the heat was three weeks straight. Why would it come back out of the blue? It made no sense to me – which is why I kept thinking there was something else going on.

That following Saturday I made plans to see my entire family. We were going to my daughter’s house and everyone would be there for pizza and movies. Nothing major, just a casual gathering. I couldn’t wait. I woke up that morning feeling content, a feeling that I hadn’t known for weeks.

I was just relaxing in bed in the early light with my eyes open, savoring the day ahead of me. And then it hit me. My vision instantly distorted. My depth of vision was all off. I snapped my eyes shut. “This can’t be happening,” I thought. I sat up in bed and opened my eyes, looking around the room. Everything was distorted. I could see everything; it was almost like looking at everything under water. I walked to the window to see if my distant sight was distorted. Yes, the neighbor’s truck looked in a weird position compared to the house. I panicked. 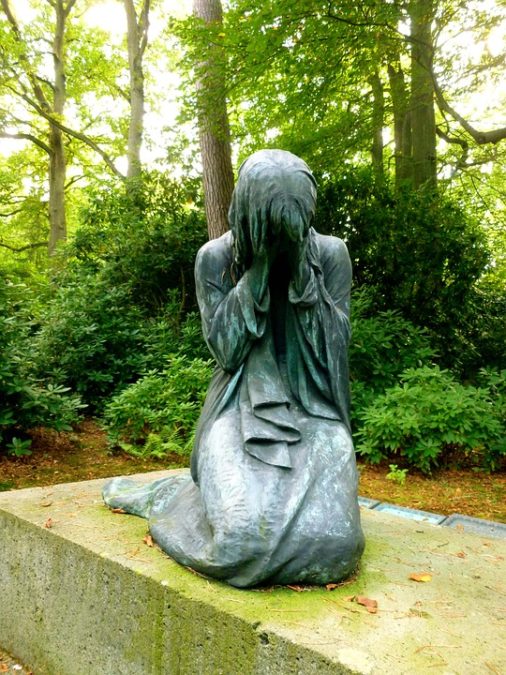 “Lord,” I cried, “What’s wrong with me? Why is this happening?” I sat back in bed and tried breathing slowly. I also decided to just focus on one thing close up. I sat staring at my hands, forcing myself to breathe slowly and regularly. Very slowly my vision came back into focus. I was afraid to move. Afraid any movement would make my sight wonky again. I waited a while. I was scared, but determined to see my family. I called the doctor’s office to tell them what happened. The doctor said I likely experienced an ocular migraine, but that if it recurred to go to the ER immediately. I’ve had ocular migraines before, but never like this.

I did go to my daughter’s house that day and mostly sat on her couch, a feeling of dread hanging over me the entire time. The distorted vision really freaked me out. I’m happy to say it didn’t happen again. I was looking forward to seeing the doctor later that week.

And this is where I’m pausing my story until next week. My journey does get better – I don’t think I could write about it if I was still in the abyss. Next Thursday I’ll talk about my treatment.

Before I close, I want to give a big hug and heart-felt THANK YOU to all of you who opened up about your own anxiety when commenting on last week’s blog post. I read each and every comment. Some made me cry. Some made me smile. I’m praying for you. I want you to know how deeply touched I was and how much I hope and pray that you will find comfort, joy, and peace!

Coping with Anxiety: My Recent Journey – part one