You may remember my post about stenciling the glass china cabinet doors. Fortunately or unfortunately, a cat hurled itself at the glass door (obviously something freaked him out) and the glass on one of the doors broke. Now mind you, I didn’t see this happen but I heard a crash in the dining room and when I came in, there he was looking all guilty. Rather than get too upset (it’s just a cabinet, after all) I used it as an opportunity to do something I’ve been wanting to do for awhile but lacked the courage to just do it.

I replaced the glass with chicken wire, or rather, poultry netting if you want to be politically correct.
I never had the guts to replace perfectly good glass, so now was my chance. 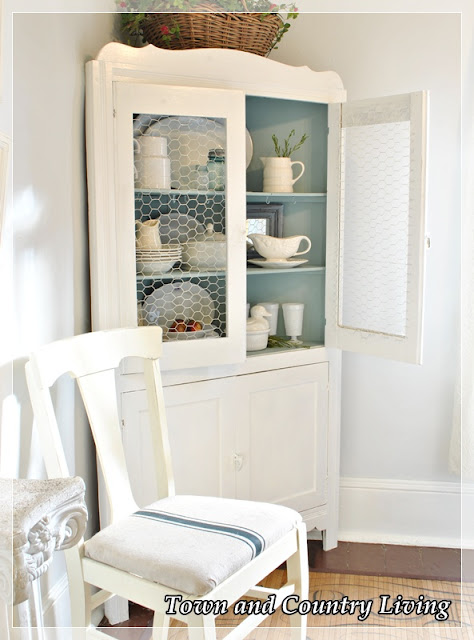 Hubby removed the glass which was easy to do and added the chicken wire.
Then I took a dry brush and painted the wire with Old White chalk paint from Annie Sloan. 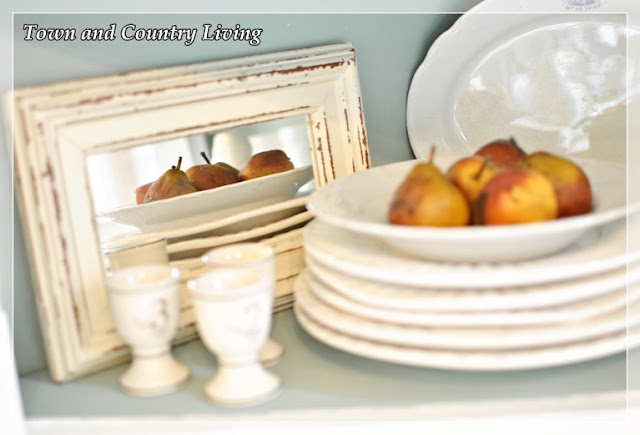 I also took the opportunity to swap out my antique china and replace it with white dishes I’ve been collecting. 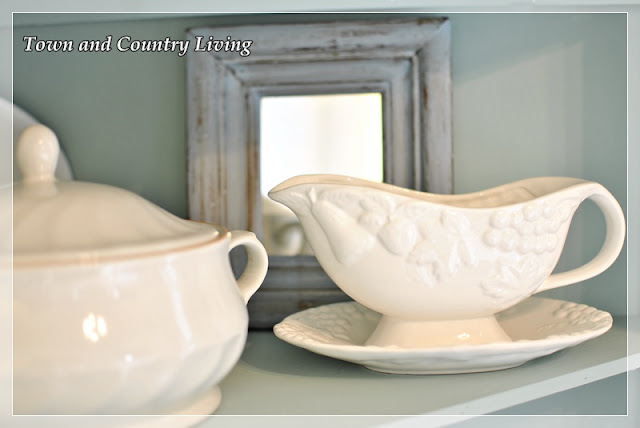 I think the solid white provides more contrast against the Duck Egg Blue (Annie Sloan Chalk Paint) used on the inside of the cabinet.
I added a couple small mirrors for interest and to help reflect some light in there. 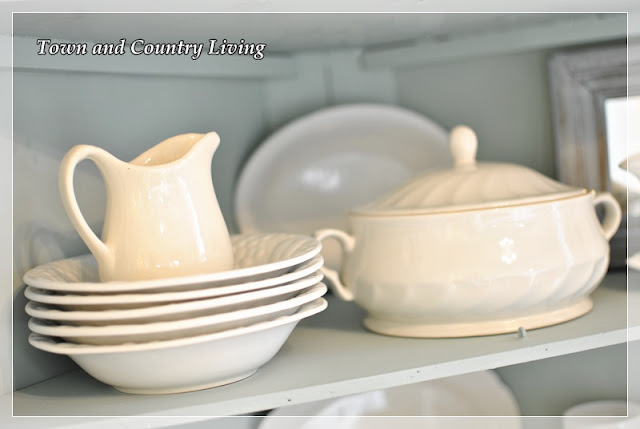 I’ve started collecting white ironstone and like to mix it in with less expensive white pieces. This way, you get a nice white collection that doesn’t break your bank. 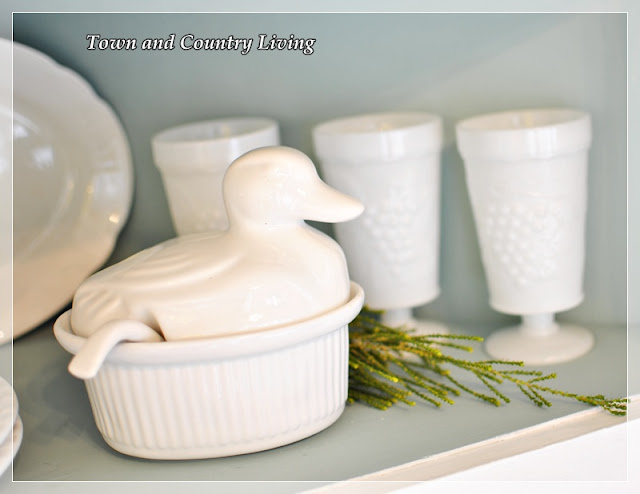 I’ve also been collecting the white glasses (don’t know what they’re called, do you?) at flea markets.
My grandmother had a set exactly like these and they remind me of visits to her house.
I bought these for about 50 cents a piece. I’ve seen them go for more, though. 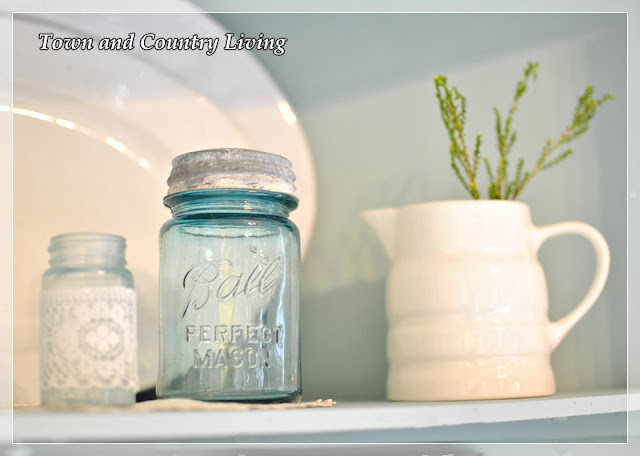 The Ball Mason jar was another flea market find and was just $2. I bought 3 of them.
The small aqua jar I found at a dump in a nearby forest preserve. I added the lace to pretty it up. 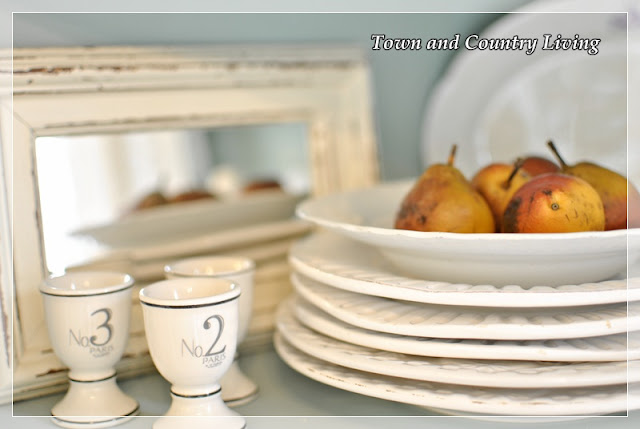 The white dishes and the chicken wire lend a less formal, farmhouse feel to the hutch.
The glass doors and antique china were pretty, but I like this arrangement better. 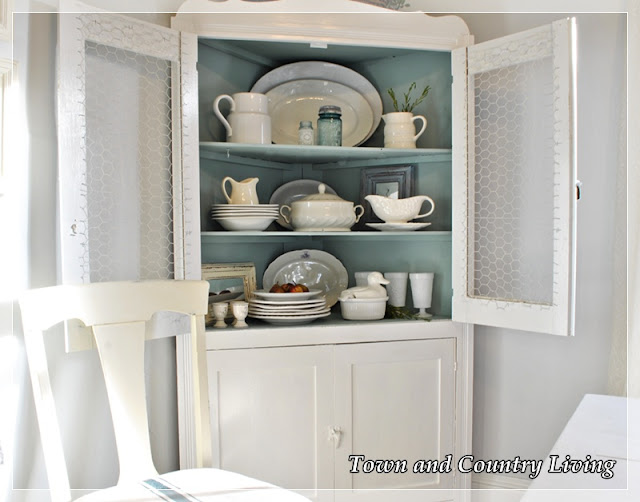 Oh, and the cat? He’s doing just fine. He didn’t even cut himself.
Every once in awhile a spell of the cat crazies comes on. Thankfully it’s not too often!