My find of the week was a small, unfinished crate. Raw wood, “plain pipe racks” as mi madre would say. It looked at me in the Goodwill store and said, “You know you want me!” So for fifty cents I made it mine. I failed to take a “before” shot but you’ve seen these plain crates all over creation. Mine now wears Annie Sloan Chalk Paint in Louis Blue. 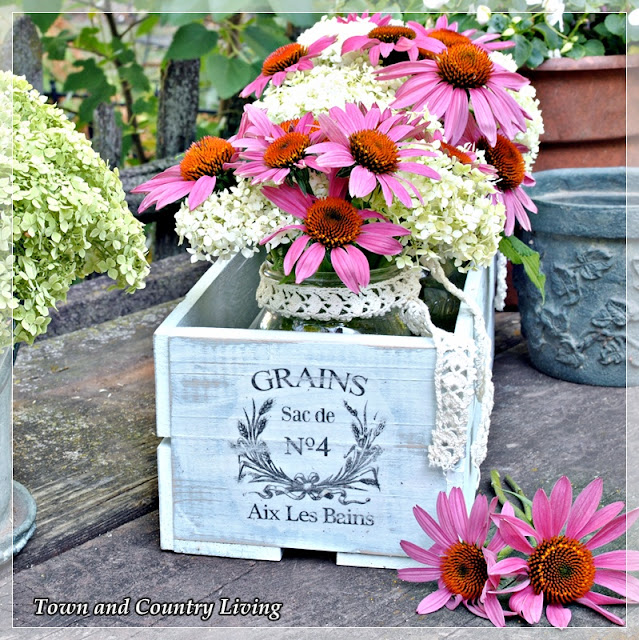 The Louis Blue paint then got a coat of whitewash, which I rubbed off.
I added a French transfer from The Graphics Fairy at each end of the crate. 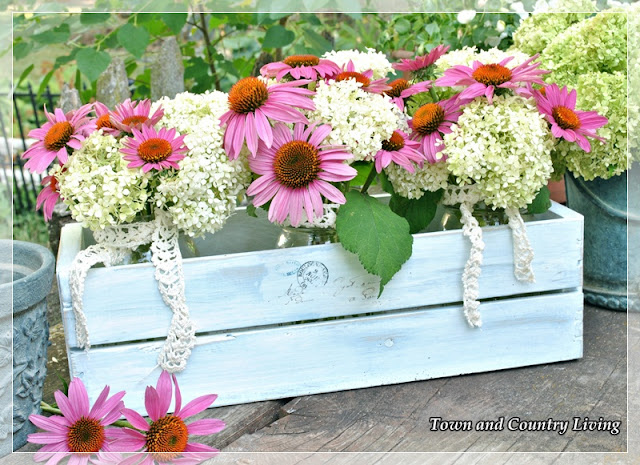 Three small, Ball Mason jars are tucked inside the crate and adorned with crochet ribbon.
The ribbon was part of a lace packet from the Thrift Saver store (99 cents for the entire packet of lace). 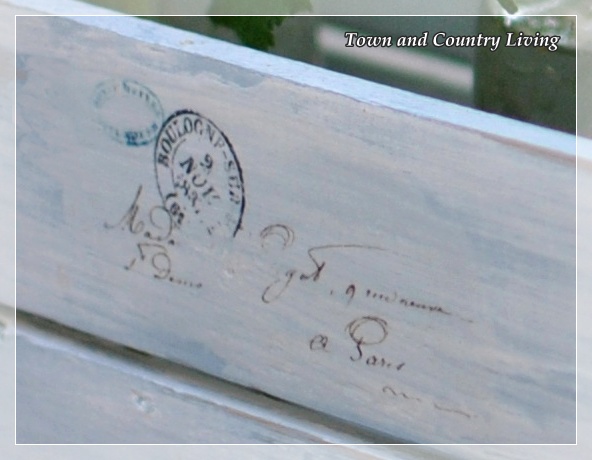 A small graphic was added to each side. I’ve been trying to master the graphic transfer process.
I tried a couple times with no luck. The image was either blurred or too much of it rubbed off.
This one is purposely distressed. 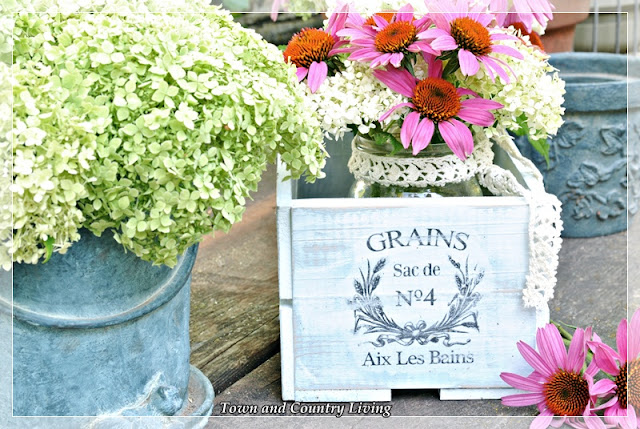 This Grains image was printed in reverse. Then I applied a thin coat of Mod Podge and stuck it on.
Be careful not to move the image after placing it on the object.
Holding it still, rub out any air bubbles. Let it dry completely!
I had previously (and incorrectly) followed instructions that said to remove it within a minute or two. 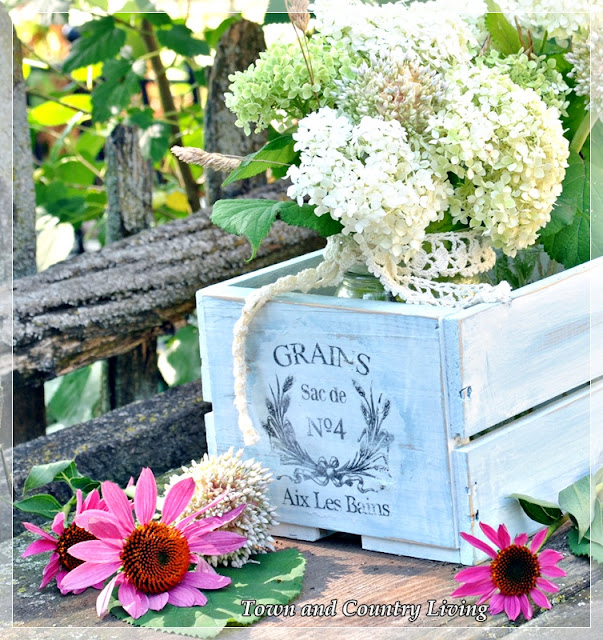 Then I found a couple blog sites that said to let the Mod Podge dry completely.
Some said to let it sit overnight but I found a couple hours was plenty enough drying time.
Wet the paper slightly, and rub the paper off gently. Kind of like removing wallpaper.
The image will remain … and I was thrilled it finally worked for me! 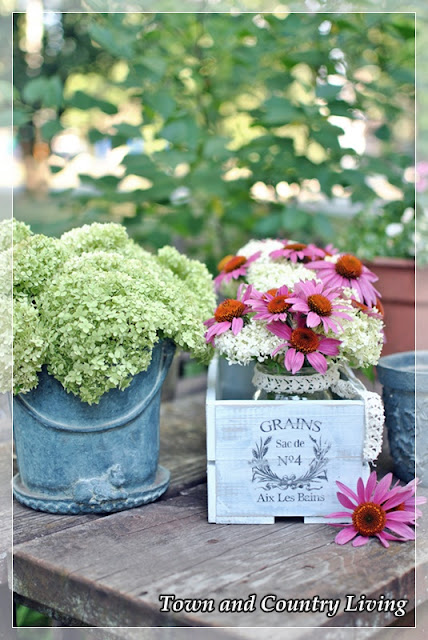 I sanded the Grains image a bit to age it. I also sanded parts of the box so it looked used.
Now that I’ve finally mastered image transfers, I’ve got several other projects I want to do. 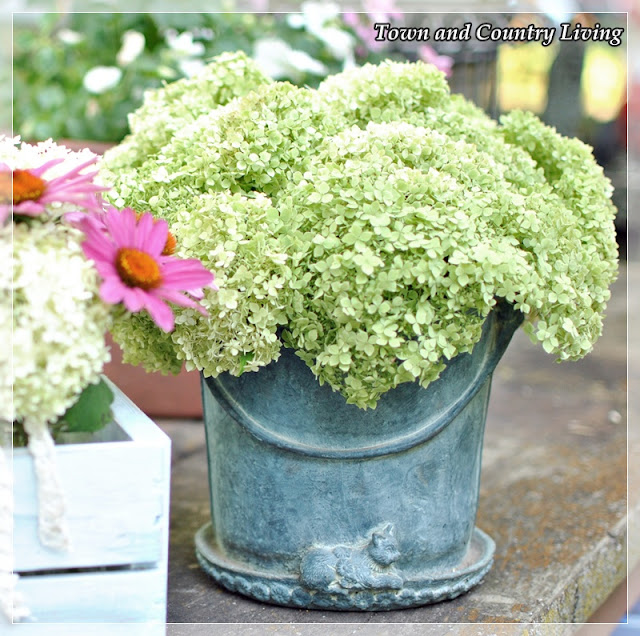 Another thrifty treasure is this garden pot I found at the flea market for one dollar.
I stuffed it full with hydrangeas from my yard. I’m all about free flowers! 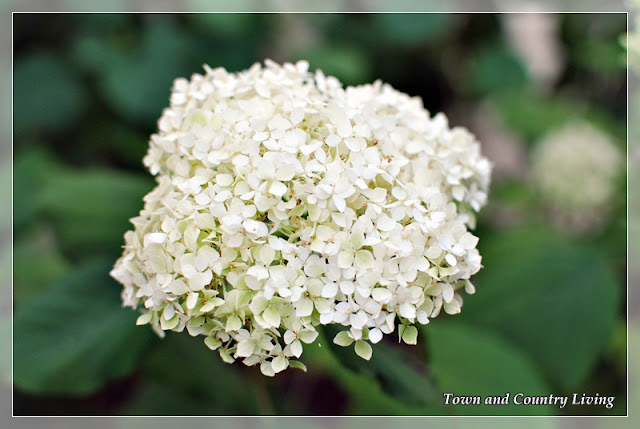 In fact, I think flowers from the garden lend a country cottage affect to arrangements. 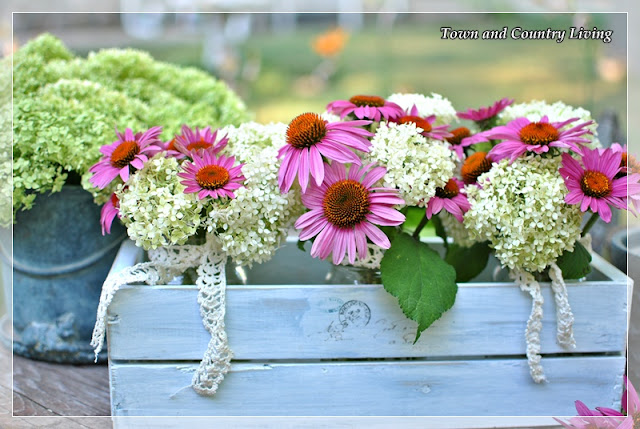 The cone flowers are also from the yard. They’re native, low-maintenance flowers and spread quickly.
You can easily fill in a bare spot of the garden with these in a short period of time.
Then divide them and transplant them in another bare corner … or share them with a neighbor. 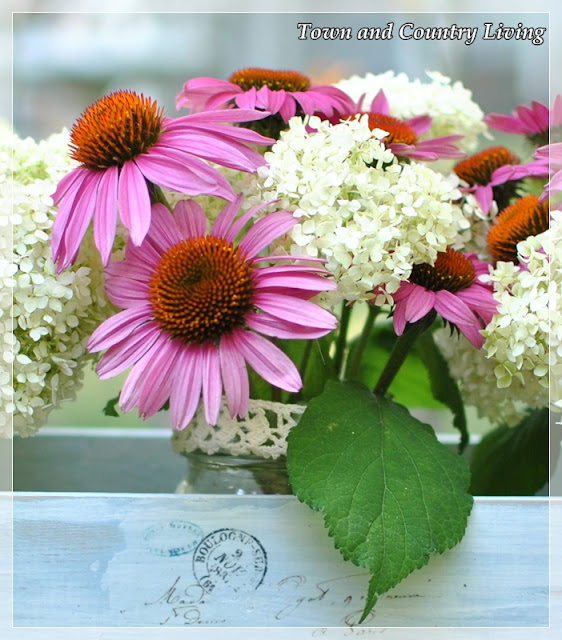 Time to bring these pretties inside to enjoy for several days.
Every time I walk past them it lifts my spirits.