Last week’s junket to the Kane County Flea Market resulted in a few treasured finds, but the least of my purchases resulted in a wonderful surprise. I was looking for something to go with this rusted, spiral piece that hubby found in the same dump as the bottles we’ve collected. It looks like a bed spring to me, but I could be wrong. 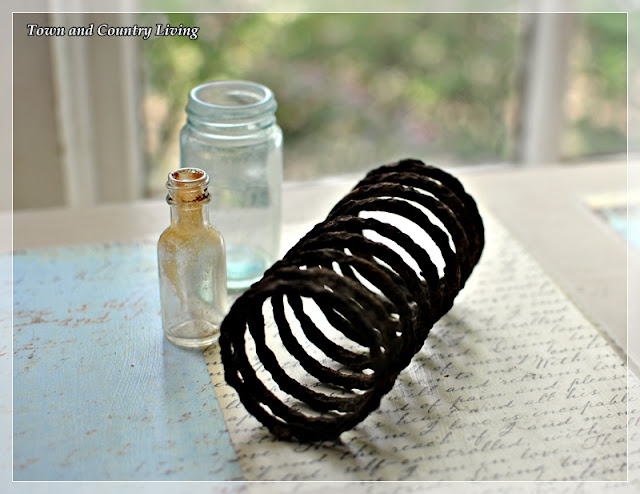 All I know is, I love the shape and rusticity and envisioned it on my desk … doing something.
I decided to look for vintage postcards or something similar at the flea market. 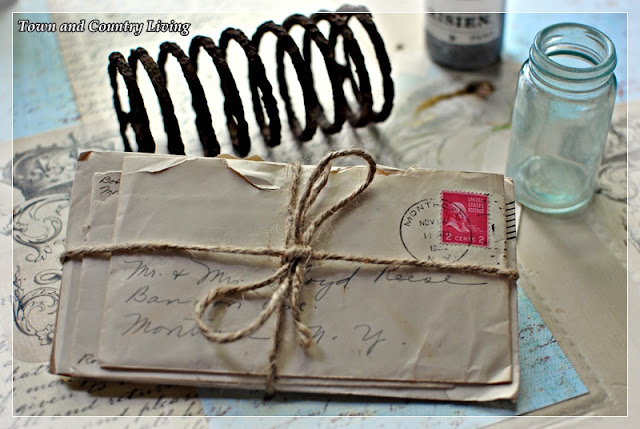 I remembered a booth that was selling vintage papers, books, ephemera, maps, and more.
I found this little packet of old letters for $2. I didn’t offer a lower price. 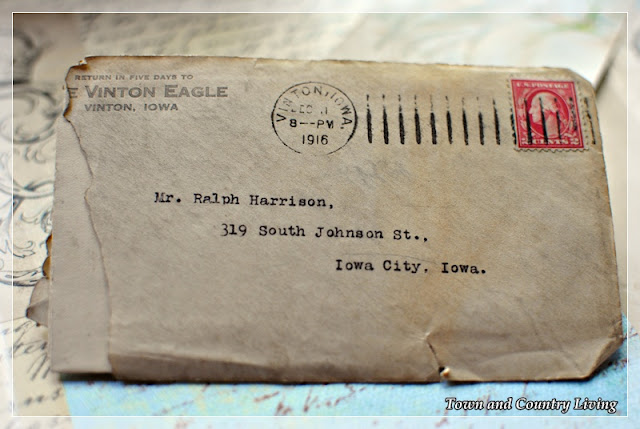 This letter was separate from the pack tied with twine and is post marked 1916. 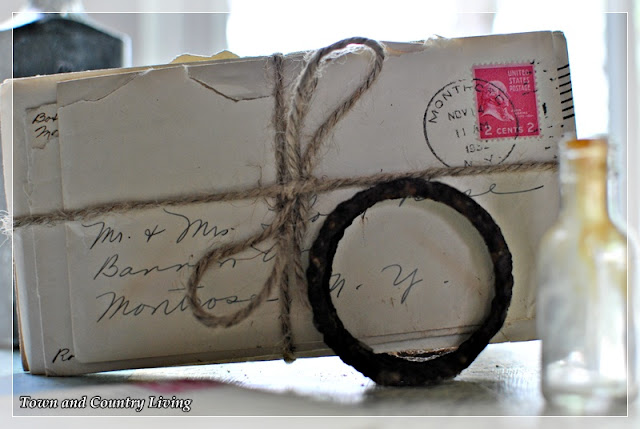 The little packet of envelopes fit perfectly in the rusty bed spring.
The post mark says 1932 on the top letter. And look at the 2-cent stamp!
Then I got curious and wondered if anything was inside the envelopes. 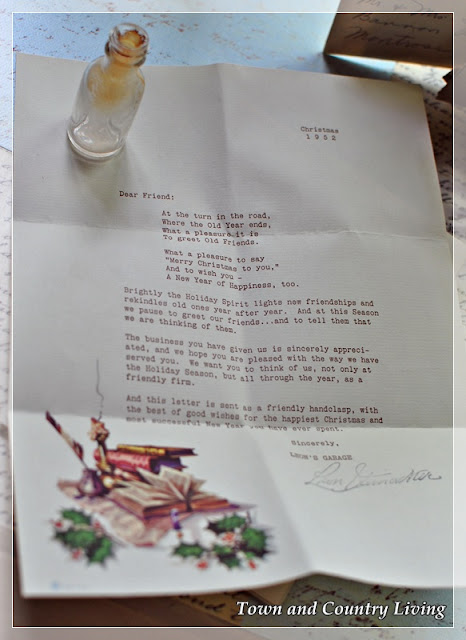 There were several envelopes and each still contained its letter!
I truly enjoyed reading each and every one … wondering about the person who wrote it,
and the person who received the letter so many years ago.
This one is dated 1952 and contains a Christmas letter from an auto body shop. 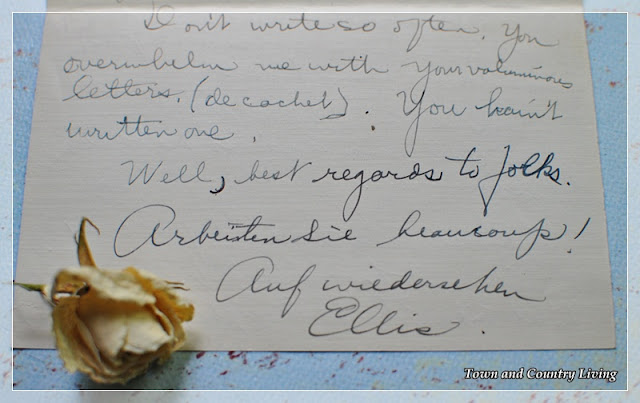 This was written by Ellis while she was at college.
Auf wiedersehen is “goodbye” in German (I looked it up).
And I think Arbeiten sie is “work” in German followed by beaucoup which is French for “much.”
Correct me if I’m wrong! I used Google Translate. 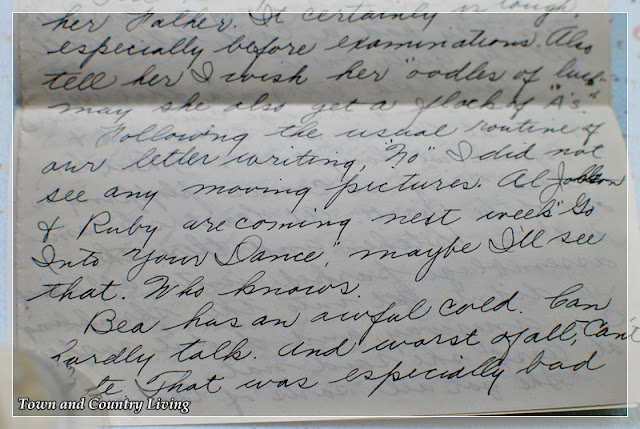 And look at this one, in an envelope dated 1935. Do you see the sentence that says,
“I did not see any moving pictures.” Moving pictures! Then she talks about the movie “Go Into Your Dance,”
starring Al Jolson, Ruby Keeler, and Glenda Farrell. I think I’m going to rent it. 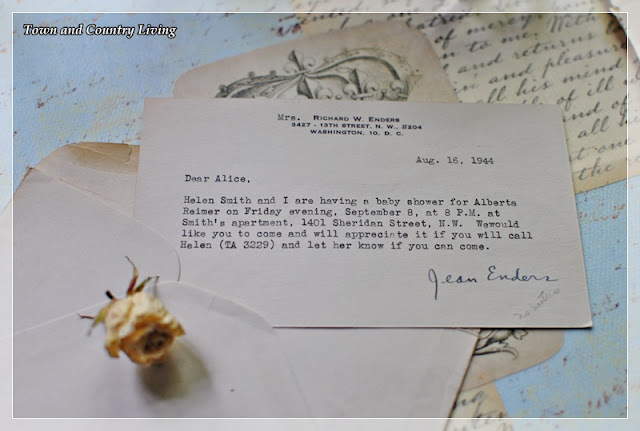 And finally, I found this invitation to a baby shower back in 1944.
“No booties” is penciled in the corner. I wonder if Alice wrote that when she called to RSVP. 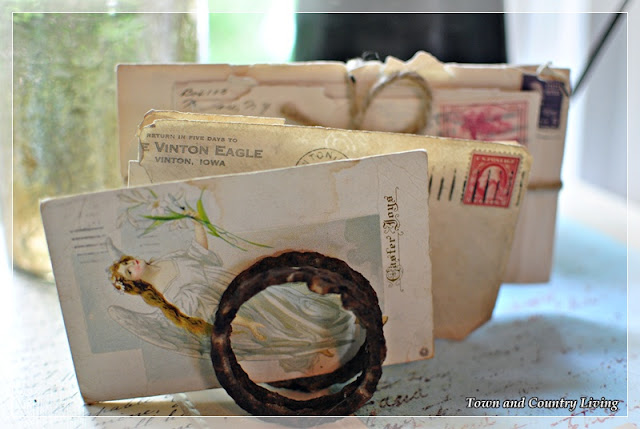 This “Easter Joys” postcard was also for sale at the booth. Her papers are all very pretty.
But the true treasure was the unexpected letters from years past tucked inside the tattered envelopes. 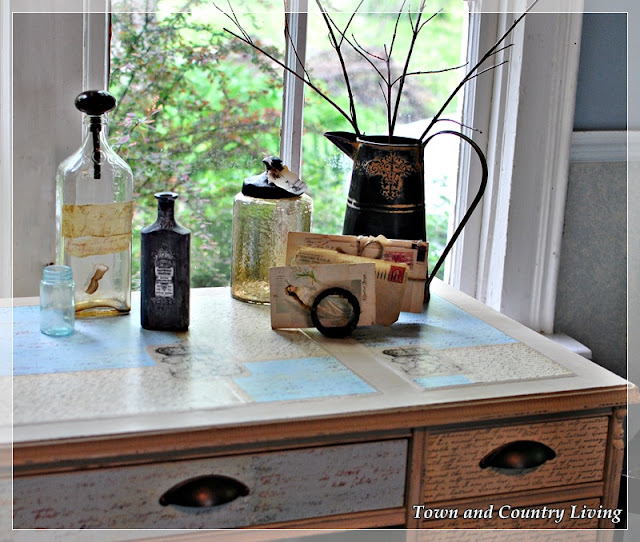 The rusty bed spring has finally found its special purpose.
Now I just need to figure out what to do with the other rusty pieces my hubby found.