When I decorated early for Christmas I was attempting to achieve two goals. First, I needed to have it all done before the Holiday Housewalk last week. Second, I wanted to make sure I’d have weekend time to spend with family, leading up to the holidays. Both goals accomplished! Last weekend hubby and I met my children and their families at Christkindlmarket in Naperville. It’s just like the Christkindlmarket in Chicago if you’ve ever been there … except that it’s in the suburbs. 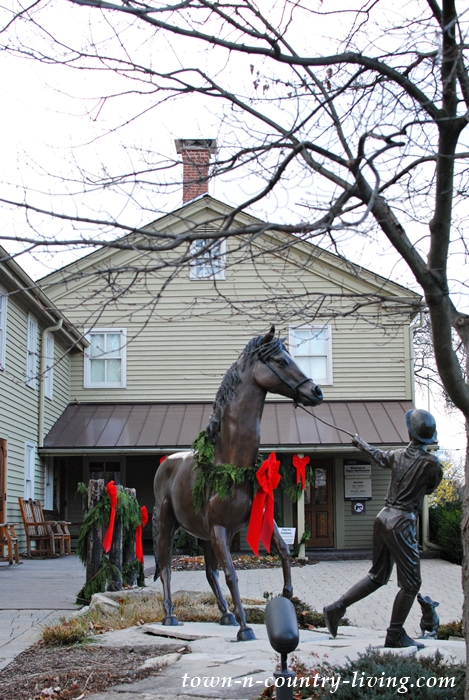 Christkindlmarket is German for Christmas market held during the four weeks of Advent. This particular market is held at Naper Settlement, which is an outdoor 19th century living history museum. Several historic buildings populate the grounds; a perfect location for the event. 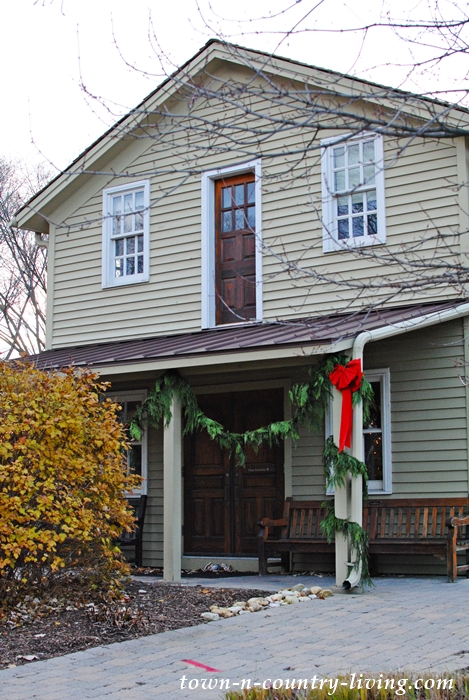 My son Cory and his new bride Amy were the first to arrive. Once everyone showed up, I gave them each the same amount of money and told the couples to pick an ornament together. Once we were at Amy and Cory’s place after the event, each couple would explain why they chose their particular ornament. Kind of like show-and-tell back in grade school.

As you can see, the Christkindlmarket in Naperville is quite busy, making it hard to get photos of all the little booths with their imported Christmas ornaments. 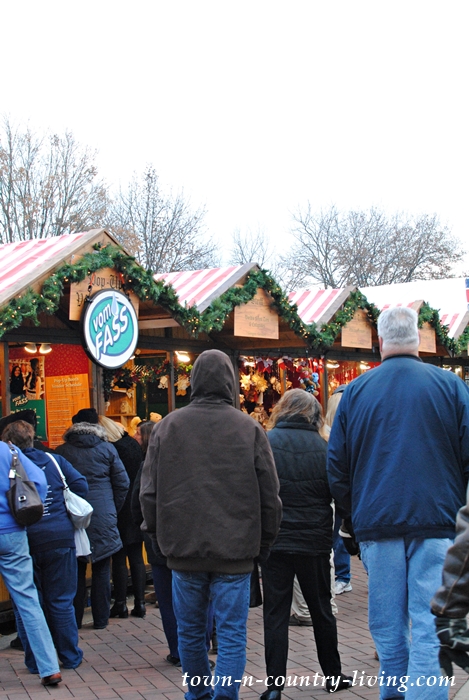 Since I’m not a big fan of crowds, I veered off toward the historic buildings to snap some pictures. Naper Settlement was started as an attempt to save the Civil War era St. John’s Episcopal Church. Today the church is called the Century Memorial Chapel. 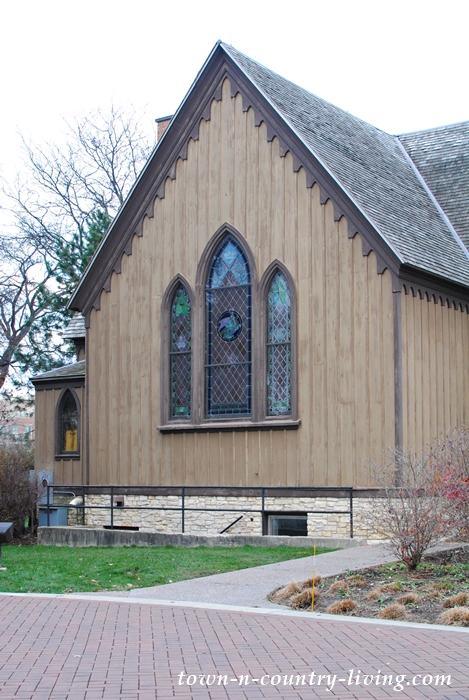 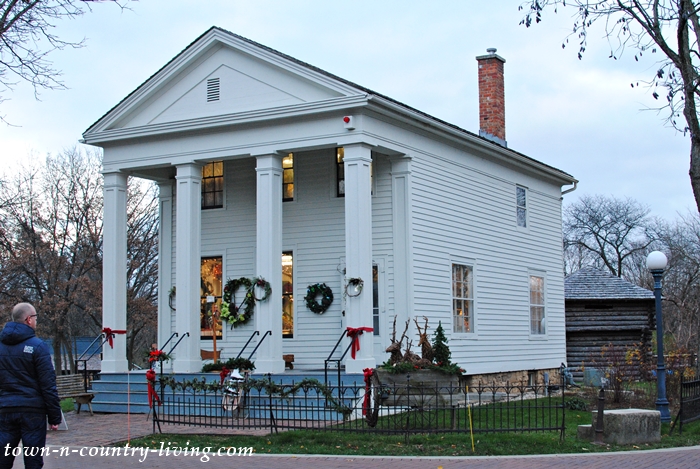 The Stanleys built their red brick home in 1843 in nearby Aurora. It was moved to Naper Settlement to keep it preserved. I love its simple lines and structure. 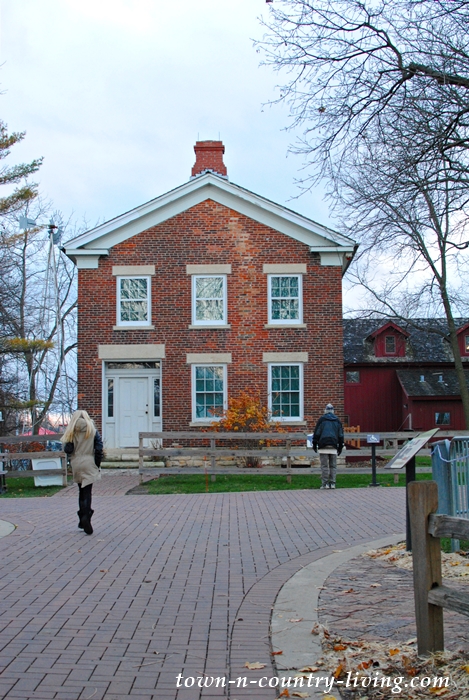 A beautiful red barn is tucked behind the Stanley house. I’ve always had a soft spot for big old barns and I have a Country Scenes board on Pinterest filled with them. 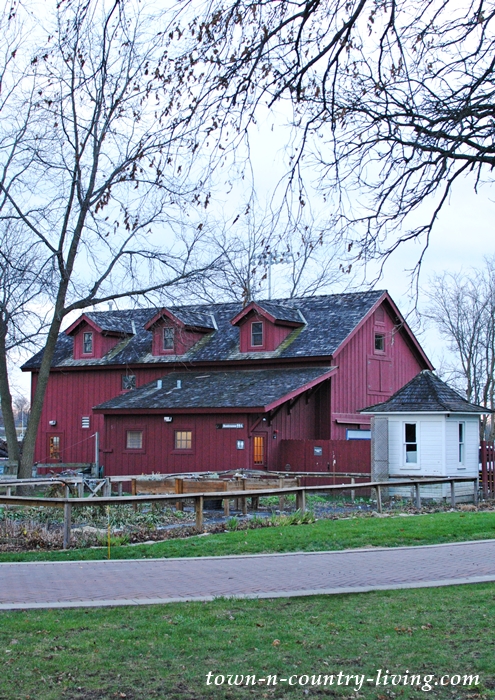 The Alexander Hamilton Howard home was built in 1833 in Greek Revival architectural form. Alexander was the town’s first postmaster. His house served as both stagecoach and post office.

The Pre-Emption House was the town’s first hotel and was built in 1860. A gorgeous wood door wears a festive wreath for the Christkindlmarket in Naperville. 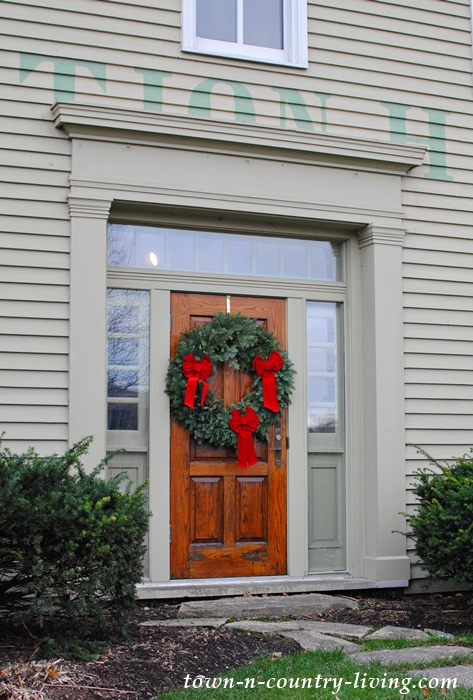 The Martin Mitchell Mansion, aka Pinecraig, was built in the Victorian Eclectic style in 1883 and is on the National Historic Register. Isn’t she beautiful? 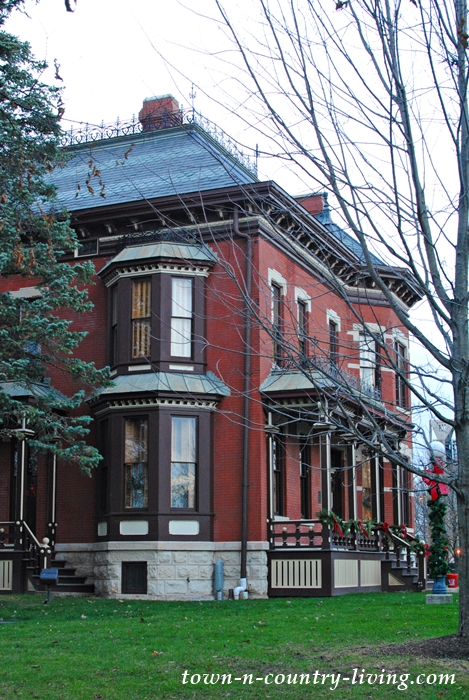 Back to the family and our mission to find special Christmas ornaments. My little Boo Bear didn’t find an ornament to his liking, so he bought a monkey scarf instead. He braved the cold without incident. The day after we received several inches of snow, and more is on the way this weekend. I think it’s safe to say we’ll be enjoying a white Christmas this year. 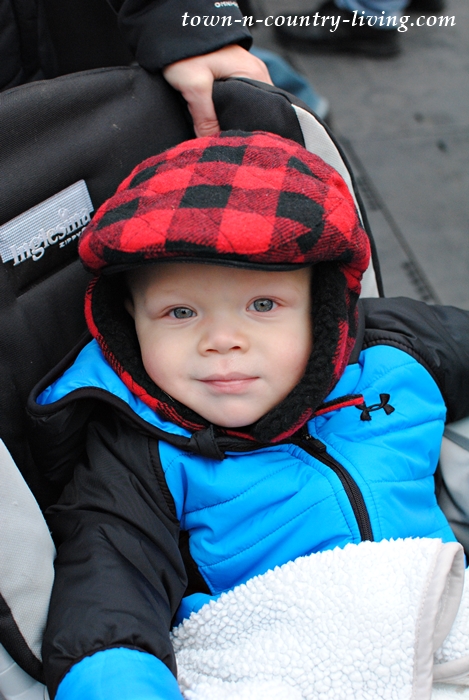 After the Christkindlmarket in Naperville, we all headed over to my son’s place for games, pizza, and a little show-and-tell with our ornaments. Hubby and I chose a pretty Christmas tree ornament from Glaskugelhaus in Germany. We both immediately liked it for its simplicity. 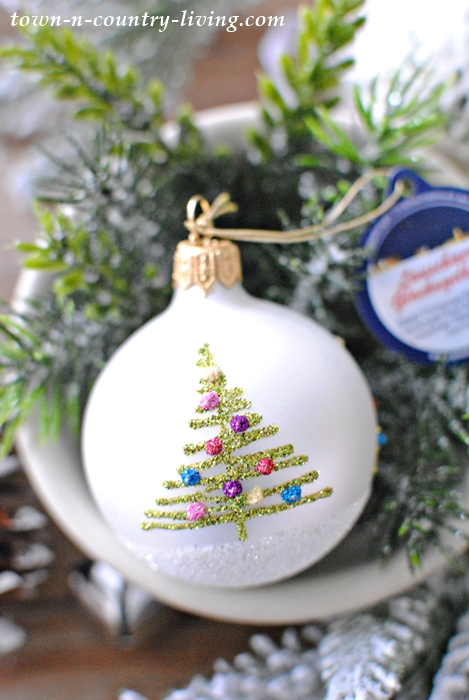 My daughter and her husband chose the same ornament; she wanted to match which I thought was sweet of her. Shopping for a special ornament at Christkindlmarket in Naperville is going to be an annual family tradition. 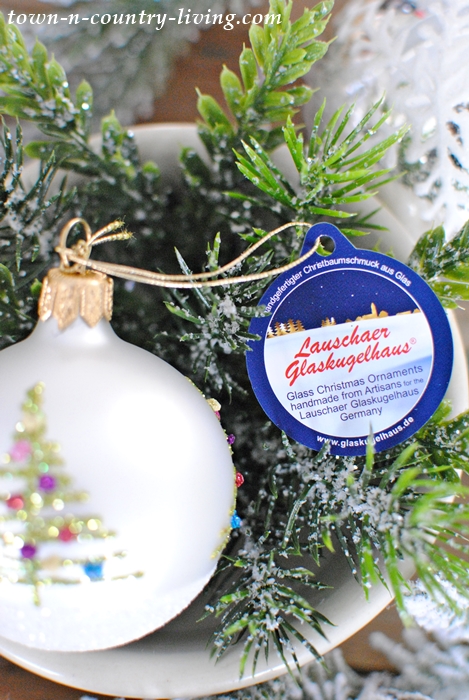 What’s a special family tradition that your family shares? 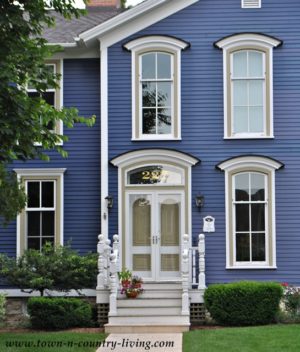 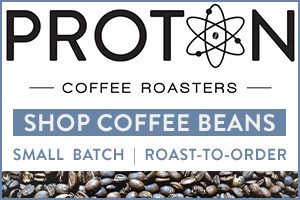