Special Note: The winner of the French Box Giveaway is revealed at the end of this post.

Each year, the church down the street from me has their big sale to raise money. Every year I find something and this year was no different. A couple of chairs were sitting outside just waiting for their forever home. They were a steal so I didn’t mind having to give them a bit of a makeover. 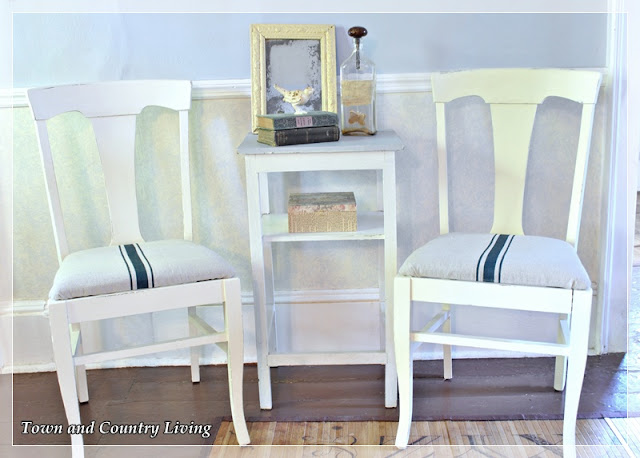 Here are the chairs after I got done with them. They’re going in the dining room.
They were originally priced for $20 each, but I got the pair for just $15. 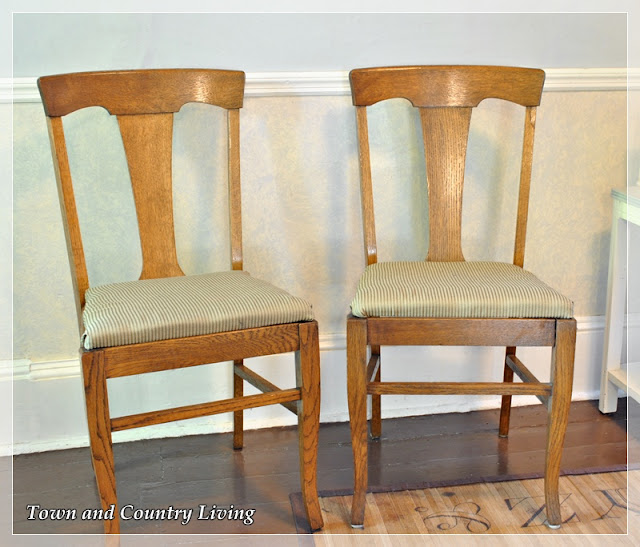 This is the before. Nothin’ special about these chairs, but they’re solidly built.
So out came the Annie Sloan Chalk Paint in Old White. 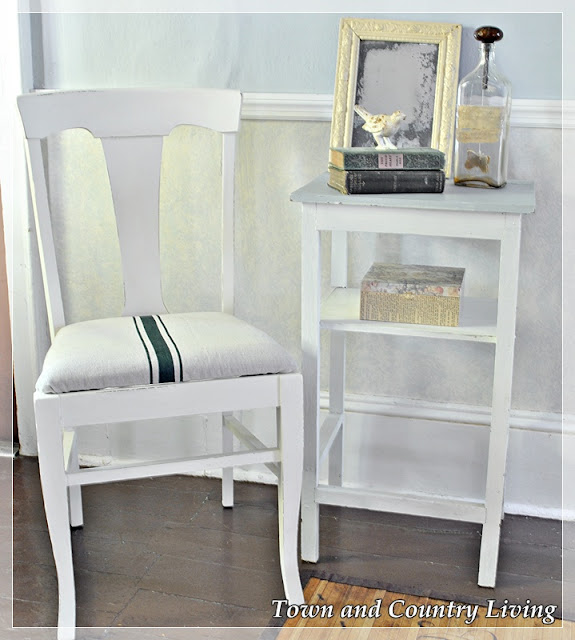 A little bit of distressing and a coat of clear wax finished the chairs off.
Next, I tackled the seat cushions, which was a first for me. 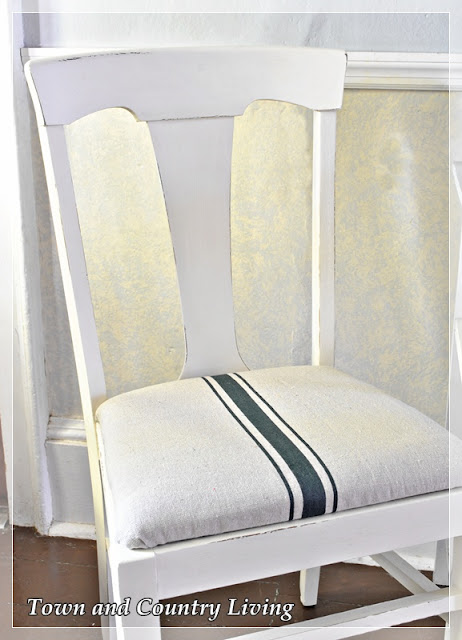 I wanted to recreate the look of a French grain sack on the seat cushion.
I started with drop cloth cut to size, and using painter’s tape, painted stripes on the fabric.
I used a mix of blue and black acrylic paint to get the right shade of blue. 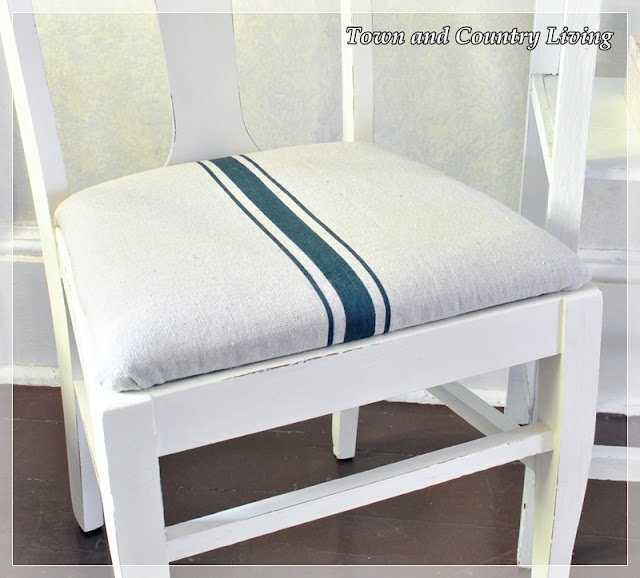 Then it was just a matter of wrapping the drop cloth around the existing seat cushion.
Hubby had some upholstery tacks to secure the fabric on the underside. 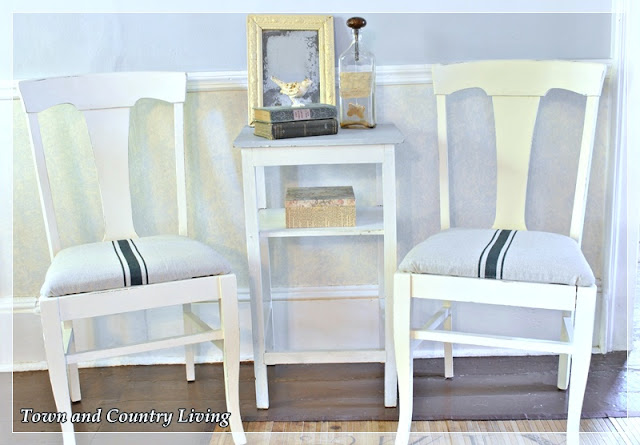 And now I have 2 “new” chairs to replace the Windsor chairs in the dining room.
At just $7.50 apiece, I think it was a great bargain.

And now to reveal the winner of the French Box Giveaway … 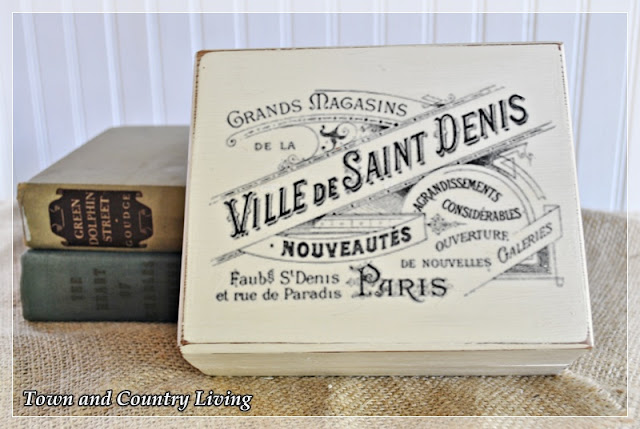 Nancy at Coeur d’ Alene! Congratulations to Nancy, who wins both French boxes. 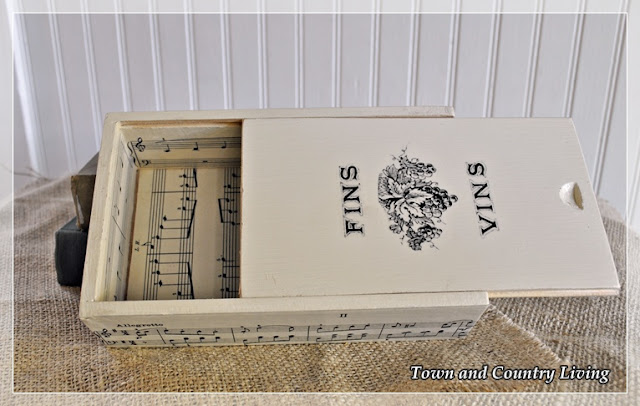 I’ll have another giveaway in a couple weeks! Thanks to all who entered.

Another snowy day here in the Chicago ‘burbs! .

Happy Saturday! Wishing you a bit of peace and che

Beautiful blue home in the snow. Naperville is one

Featuring a new paint color in my sitting room tod

Yesterday the tree came down. New plans for this s

Getting ready to paint this room. It’s only take

May this Christmas bless you in some small way des