Thanksgiving week is finally here! Have you bought your turkey yet? Since Thanksgiving comes late this year, I’ve already started a bit of Christmas decorating. This weekend I finally tackled a project I was putting off. During the summer I found a couple pairs of shutters on separate trips to the flea market and have been meaning to do something with them. It finally dawned on me to hang them on the wall and decorate them for Christmas. So today I’m going to show you how to repurpose shutters into wall art. 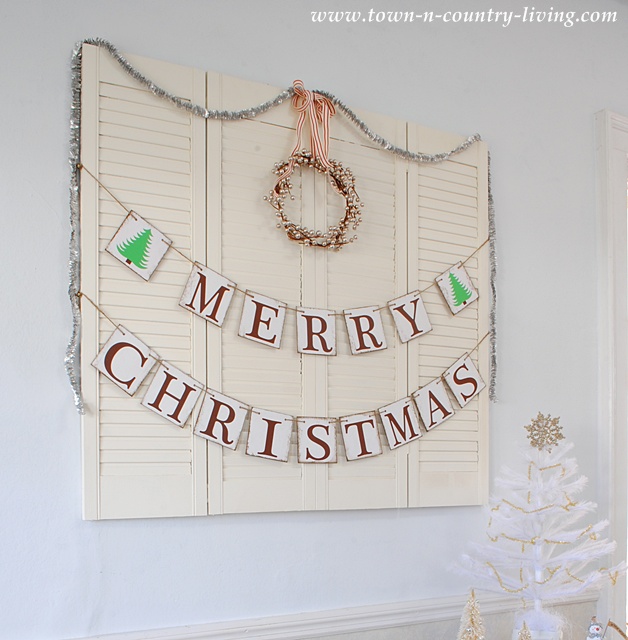 I recently purchased the Merry Christmas banner on Etsy and decided the shutters would be the perfect backdrop on which to hang it. But the shutters needed a little work first. 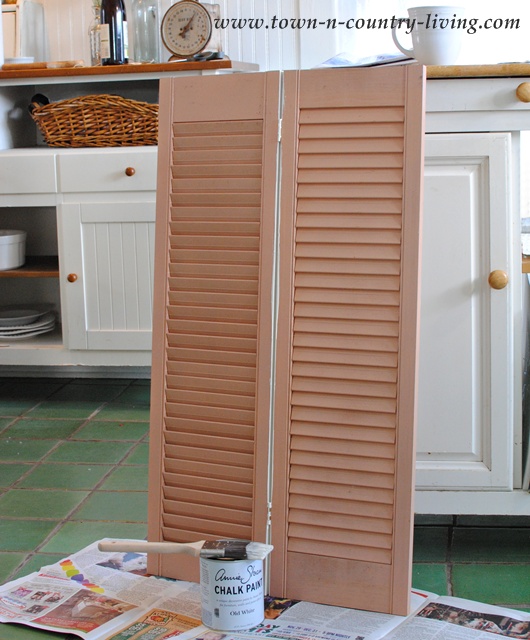 This is what I started with … a set of peach colored shutters. 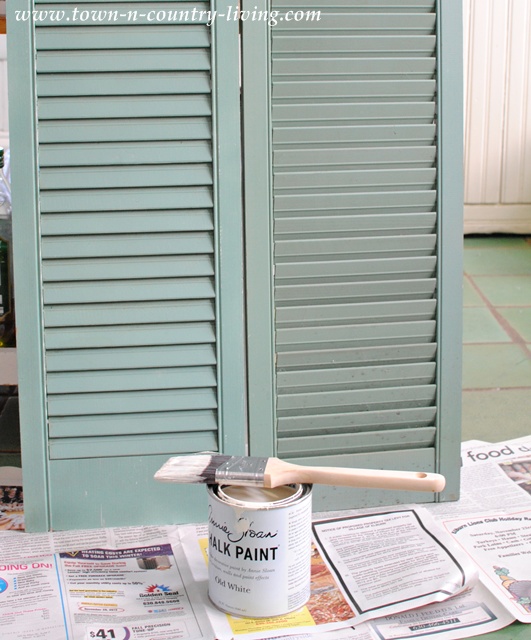 … and a set of green shutters. So out came the Annie Sloan Chalk Paint. I used Old White.

Since these were going on the wall, I only had to paint one side. Yippee!! 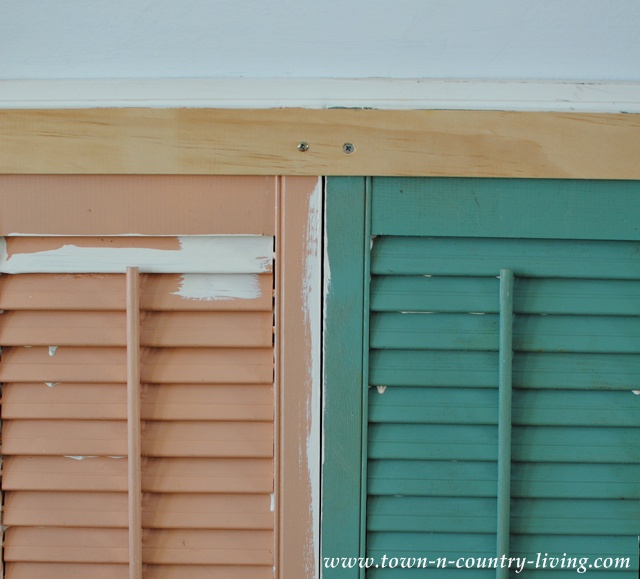 Hubby took a strip of wood and screwed it to the backs, connecting both sets of shutters.

The wood strip provided the lip to hang them on the wall.

And that’s how to repurpose shutters into wall art. Easy, right? 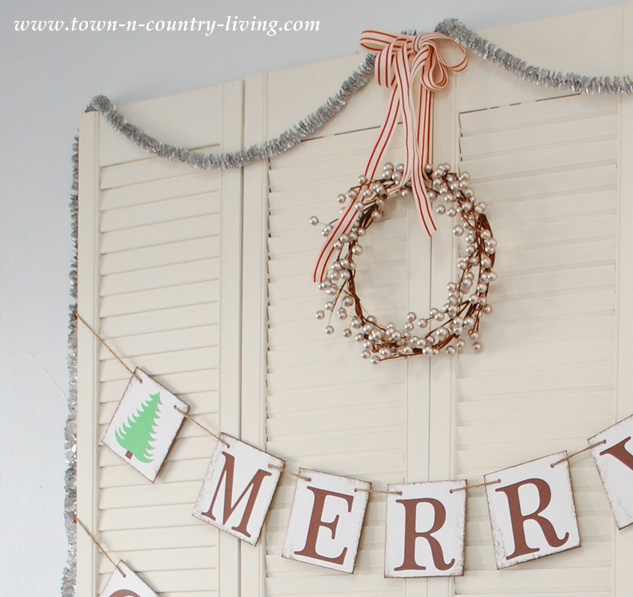 Now the fun begins. We get to decorate them!

Using upholstery tacks on the sides of the shutters, I tied up the Christmas banner. 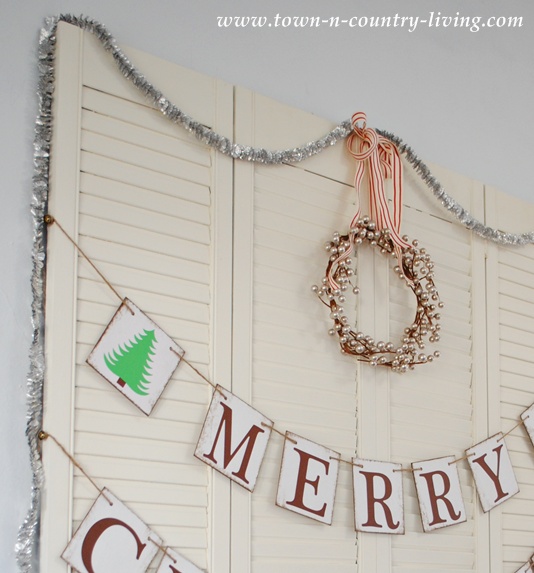 I have some crinkly tinsel-type garland and draped it for a vintage vibe. 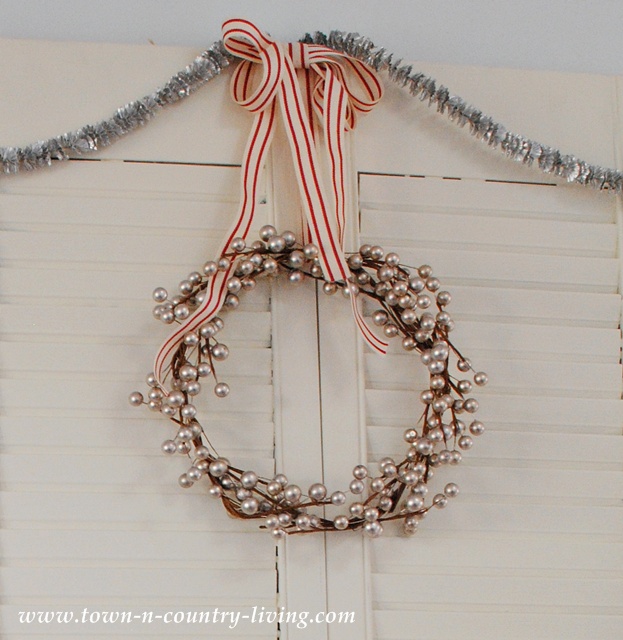 I needed a wreath to complete the look but didn’t have the right one on hand.

So I shaped 2 floral sprays of shiny beads into a wreath and hung it with a bow. 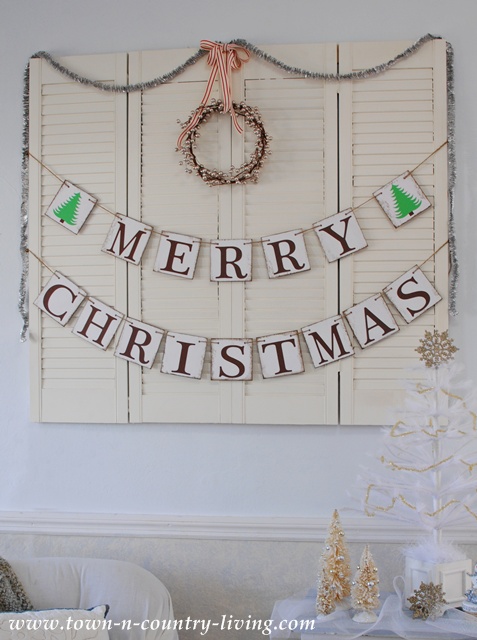 That’s how to repurpose shutters into wall art … with a festive touch!

Once Christmas is over, I have other plans for these shutters on the wall.

Now it’s time to get busy finalizing my Thanksgiving menu! 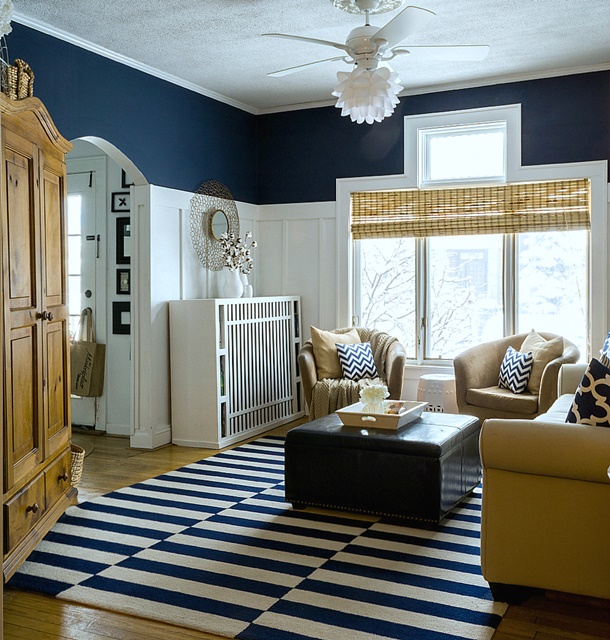 Today’s charming home tour marks the one-year anniversary of the Charming Home Series!  I can’t believe it was actually a year ago when I launched these Sunday tours of beautiful homes across the country. Most of these houses belong to bloggers I’ve met over the years … some I’ve met face to face … others… 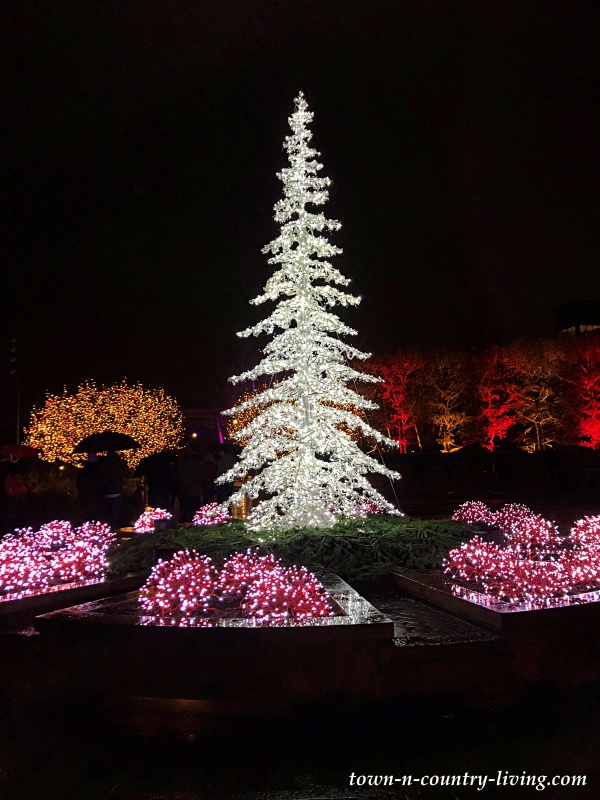 Welcome to a neighborhood “Spirit of Christmas” tour with a small group of bloggers. We’re sharing neighborhood events or decorations where we live – you’ll find the links below. I’m featuring the first-ever Christmas Lightscape show at the Chicago Botanic Garden. It’s the first time the event has taken place and I didn’t want to… 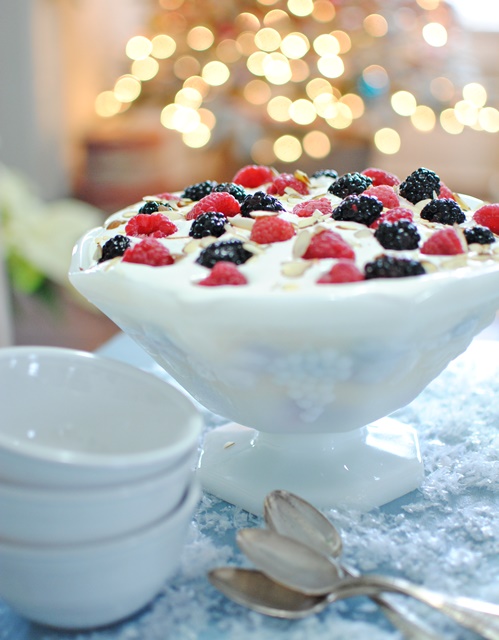 Normally when I think of dessert I think of chocolate! Doesn’t everyone? But every so often I get a craving for desserts that don’t involve chocolate. Like creme brulee. It’s my all-time favorite. But today – it’s about a holiday classic – Christmas trifle with mixed berries. Trifle is a delightful layered dessert and you… 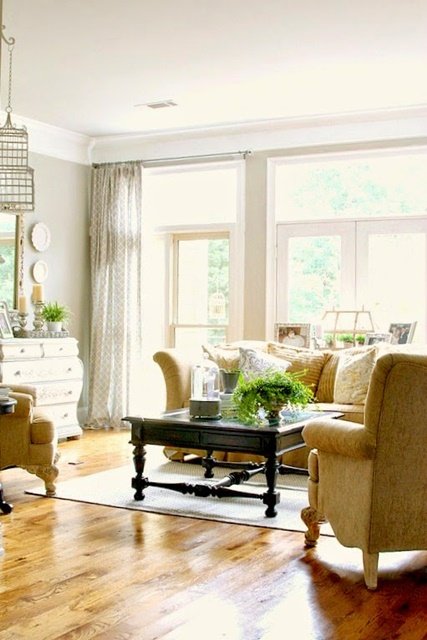 Today’s home tour is a special one for me. Laura’s blog at Top This Top That was one of the first I started reading and as I scoured through her blog for photos to feature today, I was amazed all over again at the beautiful work she’s done with her home.  Her recent kitchen transformation…

The two biggest decorating seasons in our country home are Christmas and Summer.  Christmas is an obvious choice, and since summer is the time when I can bring flowers in from the yard, it ranks right up there with our favorite December holiday. Farmhouse decorating is really quite easy because the style is unpretentious, economical,… 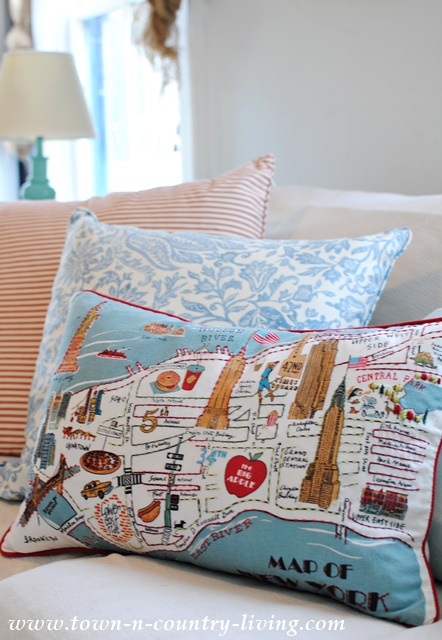 Don’t you hate when you have something specific in mind for a room you’re decorating and when you get to the store, you can’t find anything remotely close to your beautiful vision?  In your head you’ve concocted this beautiful room that you can’t wait to create … but then nothing at your favorite home decor… 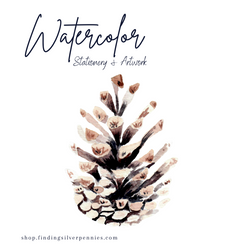