When most people talk about trimming their Christmas tree, they mean festooning it with ornaments and lights. But when we trimmed our tree, we actually cut off about half its branches. And the point of doing that was to create space for plenty of ornaments. 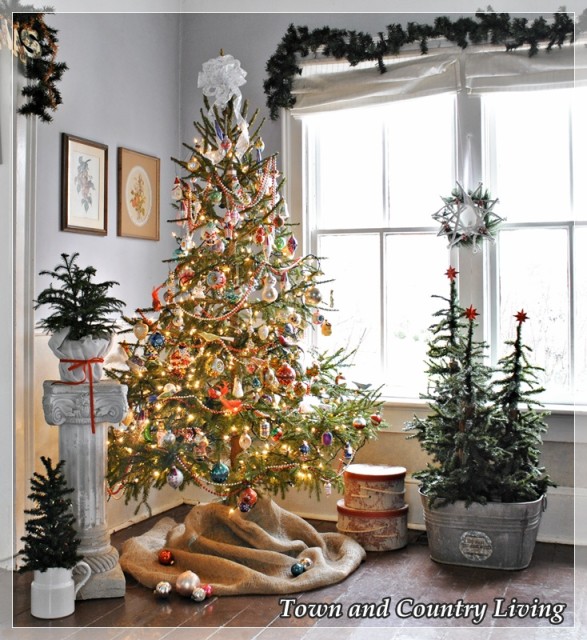 For over a decade, we’ve had a fake tree to avoid dealing with dried, fallen needles on the floor.
But this year I remembered a Christmas tree from 2011 that inspired me to go “au natural.”
My inspiration was a Victorian style tree over at An Urban Cottage. 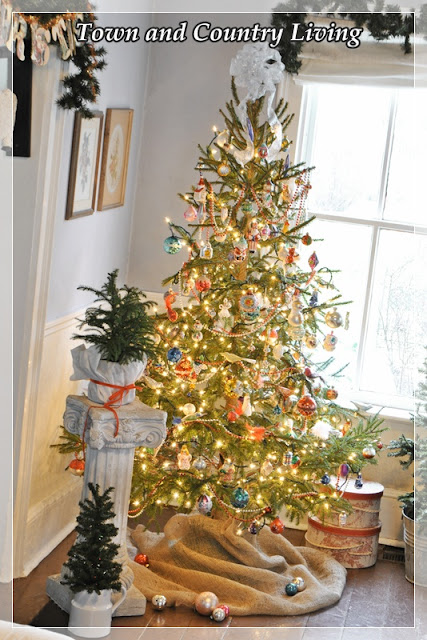 I didn’t want a fat, rounded tree. I wanted something a little more old fashioned
But I still wanted plenty of sparkle and bling. Cutting off branches made sense. 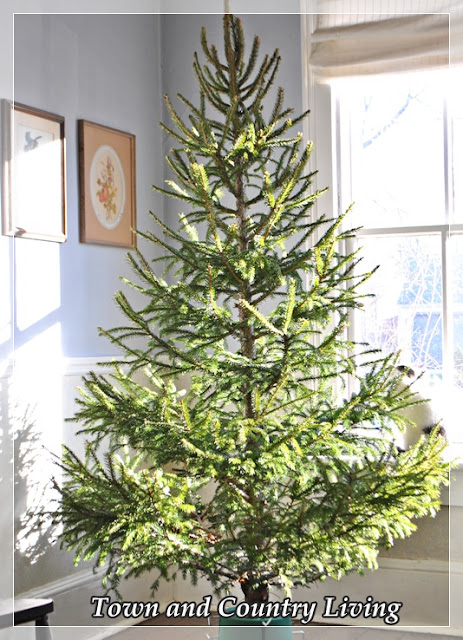 We found a Norway Pine at a local tree farm and cut it down.
When we got her home we cut off about half the branches.
I have to admit, I wasn’t brave enough to cut off as many branches as the inspiration tree. 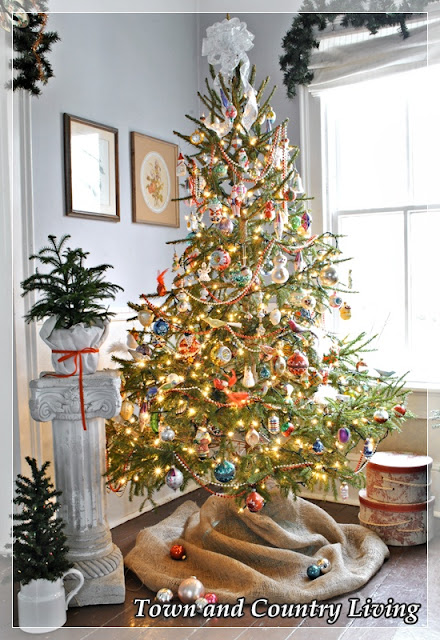 After stringing the lights I loaded her up with ornaments.
I used landscape burlap for the skirt. No sewing required! 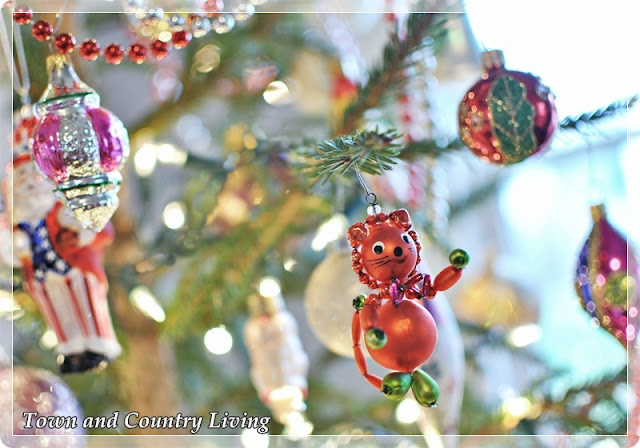 Gotta have a kitty cat ornament! 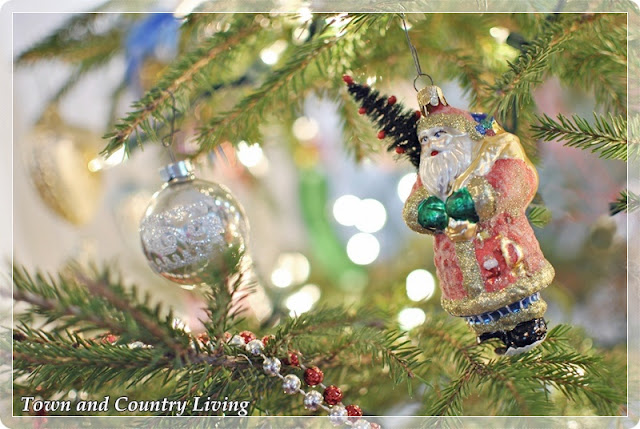 Several Santas are on the tree, along with plenty of vintage ornaments. 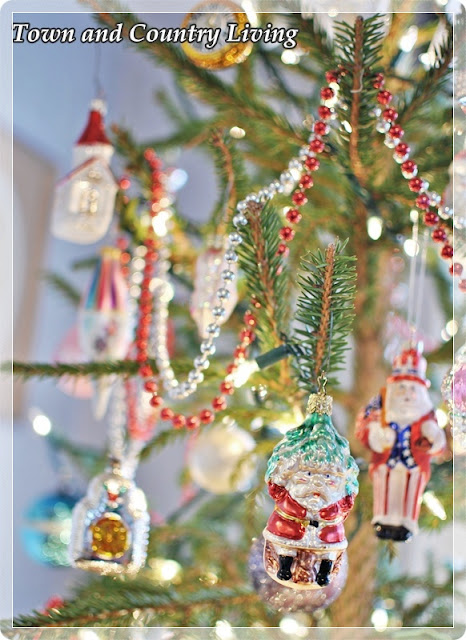 Strings of glass beads were draped ’round the tree. 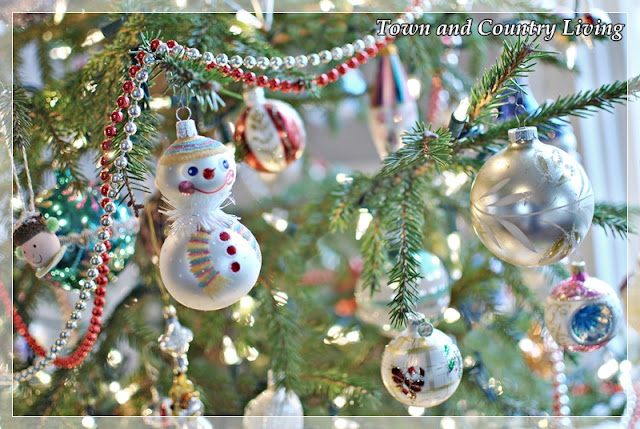 A few snowmen make their appearance, too. 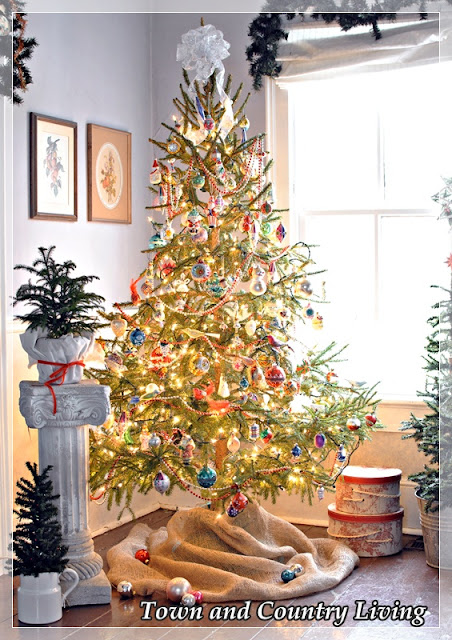 Wishing you and your family a blessed Christmas as we remember the holy birth of Christ!
You can see our entire Holiday Home Tour here.